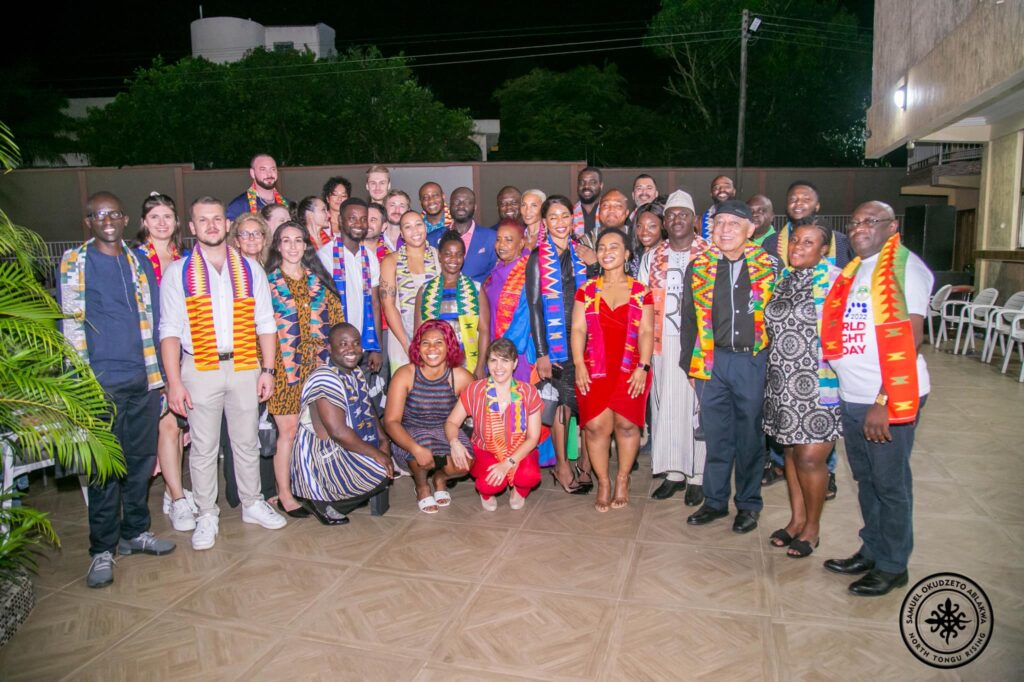 The Doctor founded RESTORE, a non-profit organisation, which supports victims of tumors, keloids, fibroid, goitre and other related cases with free surgery, which benefited a total of 174 clients in a week-long stint at the Ho Teaching Hospital.

There were tumors that covered faces completely, with some cases requiring five-hour unbroken operating sessions.

One gender reassignment surgery was performed on a lady, who was born with genitals of both sexes.

A dinner dance was held in honour of the team, which included 14 surgeons from among others, Germany, France, UK, Senegal, Mali, and the US, and most of whom were first time visitors to Ghana.

There was a family of anesthetics on the team, and the Senegalese Military Doctor, whose work got lots of mention.

There were also specialist dentists and chiropractors, who performed surgeries and frame adjustments.

Dr Obeng said in a toast, that the desire to restore hope in many, who had been removed from society due to their condition, drove his work and dedication.

Quoting scripture, he said his sacrifices found root in the need to give back his divine-given talents, and that the wholesome offerings of the team members bore the same significance.

“I thank my team for believing in me and leaving their homes to Ghana to support.

“These patients are hiding- be the moon in their lives,” he said, adding that “society needs to do more”, and promised to help the hospital undertake the needed surgeries.

Dawn Sutherland, Director of International Affairs at Restore, said the international organisation made history with the Ho project, assembling the largest number of surgeons in its 14-year history.

She reported that among the cases were 35 related to dentistry, and seven unique cases handled by the chiropractor.

“Most people were shut away in homes in villages, and we changed their lives. We took more than three kilos from the neck of one such woman,” she said.

Ms. Sutherland said the team had worked tirelessly for 16 hours a day and thanked the “awesome” support staff and management of the teaching hospital.

“Ho Teaching Hospital is the best hospital we have operated with. It is clean, it didn’t smell, and the grounds are beautiful. the people’s attitude was very nice,” she said, calling to maintain the “attitude and the atmosphere at the hospital.”

Dr. John Tampouri, Acting Chief Executive of the Hospital, said the team was “a hero in our midst.

“You did a lot, and you gave hope to this county. They did the work that God does – they restored hope and gave them confidence,” he said.

Dr. Tampouri said the Hospital considered the mission a relationship and promised to help ensure its sustainability.

Mr Samuel Okudzeto-Ablakwa, MP for North Tongu, who hosted the dinner, and had also supported the project with some logistics, thanked the team from Restore, and said the life transforming initiative would be supported to benefit more.

“People are seeing the work and want to support, and it will be institutionalised as an annual affair.

The MP, who had recently donated medical supplies and equipment to the Hospital, thanked others, including the Management of the Ho Teaching Hospital for hosting the surgery, and the exclusive Volta Serene Hotel for pampering the team.

A Ghanaian philanthropist, who wanted to remain anonymous, donated GHC 10,000 to facilitate the project.