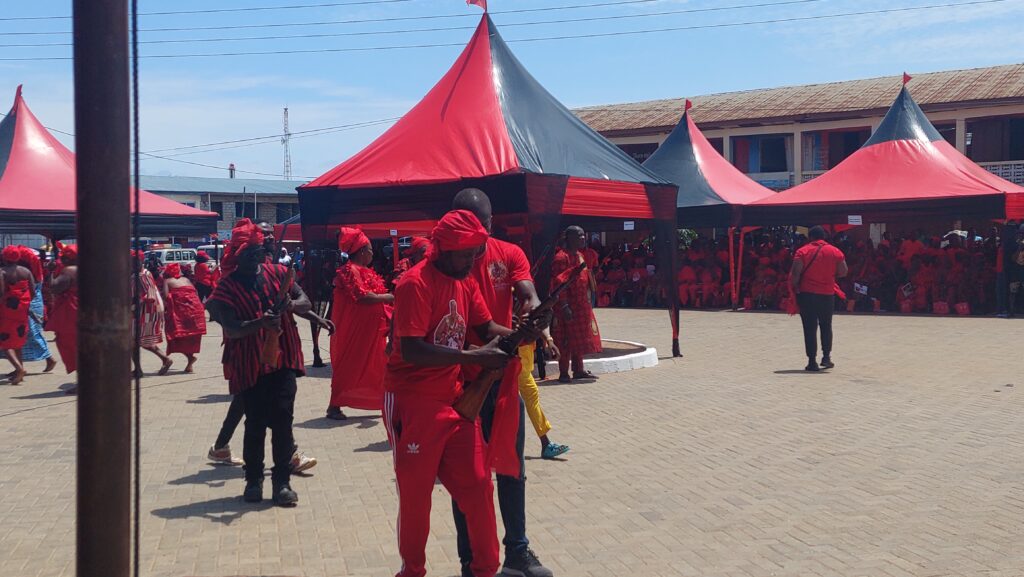 The coastal of Tema, and its environs will on Wednesday, October 26, 2022, in the night, from 1900 hours to midnight experience total darkness.

Nii Orkoor gave the advice when the Tema Traditional Council performed some ancestral customs as part of activities for the funeral of the late Osɔŋaa Nii Adjei Kraku II, Tema Mantse, amidst artistic cultural display.

Nii Tetteh Tsuru Orkoor III, who performed the traditional rites to launch the funeral, added that as part of Ga custom to honour departed chiefs, there would be a ban on the fishing of anchovies from October 26 to October 30, 2022.

Nii Orkoor added that there would be a ban on fishing for other fishermen and trading activities on October 28 and 29, 2022.

School activities would also be interrupted from October 27th and 28th for the children to stay indoors in honour of the memory of their grandfather and custodian of the Tema land.

Touching on other activities for the funeral, Nii Orkoor said there would be special Zikr rites and Adua by the Muslim community on October 14 and 15 respectively as the late chief was a Muslim.

October 22 will be observed as a day of tributes, while other rites would also be performed on ensuing days.

Paying of homage, sitting in the state for reposing, and thanksgiving would be held respectively on October 28, 29, and 30.

He appealed to the residents and all visitors to observe and adhere to all directives, cautioning that, “it would be dangerous for any individual or group of persons to attempt to go against the traditional norms.”

Nii Orkoor said: “These are sacred traditional norms embedded in ancestral spiritual powers, it would therefore be considered as an act of affront against the ancestral world if anyone attempts to challenge these rites as outlined, the consequences could be fatal.”

As part of activities to launch the funeral processes at the Kplejotsoshishi at Tema Manhean, the sacred durbar ground for traditional activities was washed in a sea of red to signify that Tema was mourning the late Chief.

Traditional leaders, dignitaries, traditional priests, priestesses, residents, and others who thronged the Tema consecrated durbar ground to participate in the launch were mostly wrapped in red.

War songs were chanted by the Osheboloi, amidst spectacular drumming antics put out by the Obonufoi drummers on the fontofrom and obonu drums.

The sound of gunshots filled the atmosphere and the scent of gunpowder and smoke engulfed Tema Manhean’s sacred durbar grounds.

The intermittent sounds of musketry in the air, though an ancestral custom, invoked fear in the fainthearted.

It was ancestral traditional custom to honour Tema Mantse who reigned from 1992 to 2020. In Ghana, most traditional leaders serve as the warlord of the people.

Mr. Ashong Narh, the Funeral Committee Chairman, welcoming the people said the chief passed on two and a half years ago occasioning the formation of the committee which had worked for the past one year.

Mr. Narh said the launch formed part of the traditional norms to announce to the indigenes and residents of Tema arrangements for the funeral in accordance with the Ga customs and traditions to ensure that the chief was given a befitting funeral.