First Ghanaian Film on Climate Change to showcase at COP27 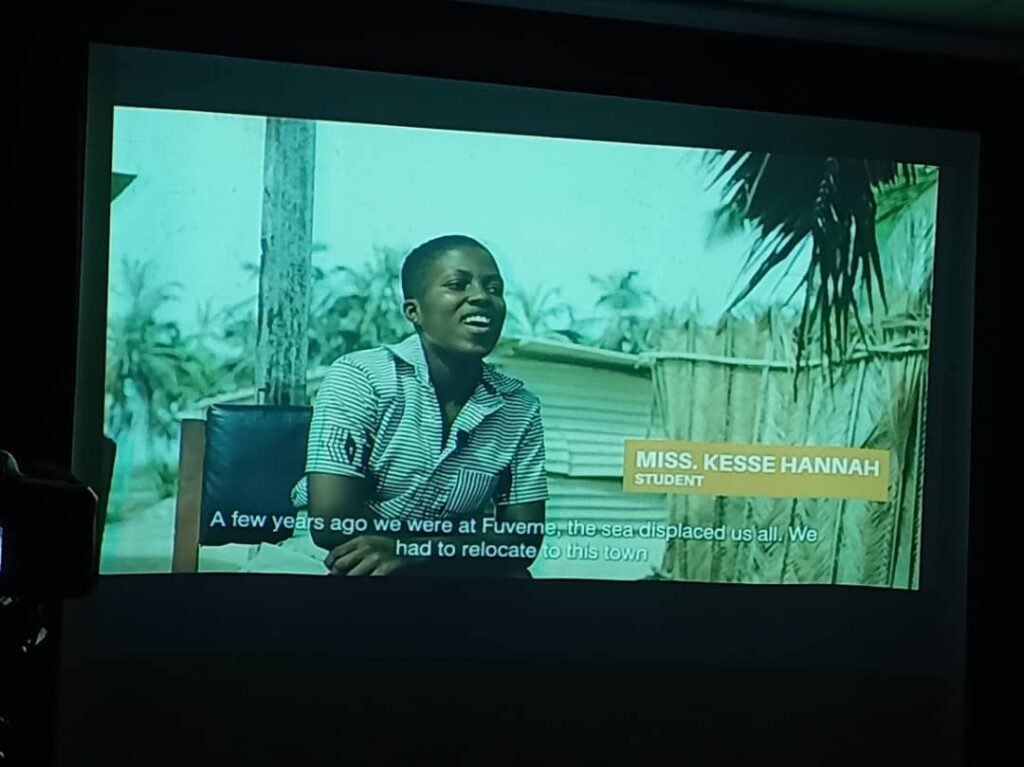 A documentary on the environment and climate change produced by Ghanaian youth videographers will be showcased at the upcoming climate talks in Egypt (COP 27) – the first in the history of the country.

The documentary consists of 12 separate films that highlight the impact of climate change on the environment and livelihoods particularly among coastal communities hit by tidal waves and rising sea levels.

The films were produced as part of the Ghana Youth Videography Programme and facilitated by the UN Youth Climate Report, a platform that showcases actions being taken by youth around the world on climate change.

During a screening of the film at the Ghana Institute of Management and Public Administration (GIMPA) last Friday, Mr Mark Terry, Executive Director, Youth Climate Report, said the film would be shown to UN Policy makers at COP27 on November 9, 2022.

He said all the 12 films were approved by the UN and had been added to the UN’s Geographic Information System map of the world.

Mr Terry said the youth played an important role in the fight against climate change, adding that the documentary was one of the ways to ensure that the views of the youth were considered in the climate talks.

“The idea is to amplify the voice of the youth particularly those in Ghana. We want to hear the stories of climate change and the impacts that they have here,” he said.

Professor Magnus Mfoafo-M’Carthy, a member of the Project Team, said policy makers must realise that the youth also had a voice because “they also have something that they bring on the table.”

He said the Film would create awareness on climate change and elevate Ghana to the world in terms of climate action.

“It elevates Ghana to the point of having that conversation that Ghana is taking climate change seriously,” Prof. Mfoafo-M’Carthy said.

Africa will host the 27th Conference of the Parties of the United Nations Framework Convention on Climate Change (COP 27) in November this year, which will be the second time the continent is hosting the global climate talks after hosting COP 17 in South Africa in 2011.

Although African countries have contributed to less than four per cent of global emissions, its citizens are the most affected by climate change.

The continent is increasingly battling with extreme drought, erratic rainfall, rising sea levels, flooding and other challenges that impact food systems and contribute to hunger and poverty.