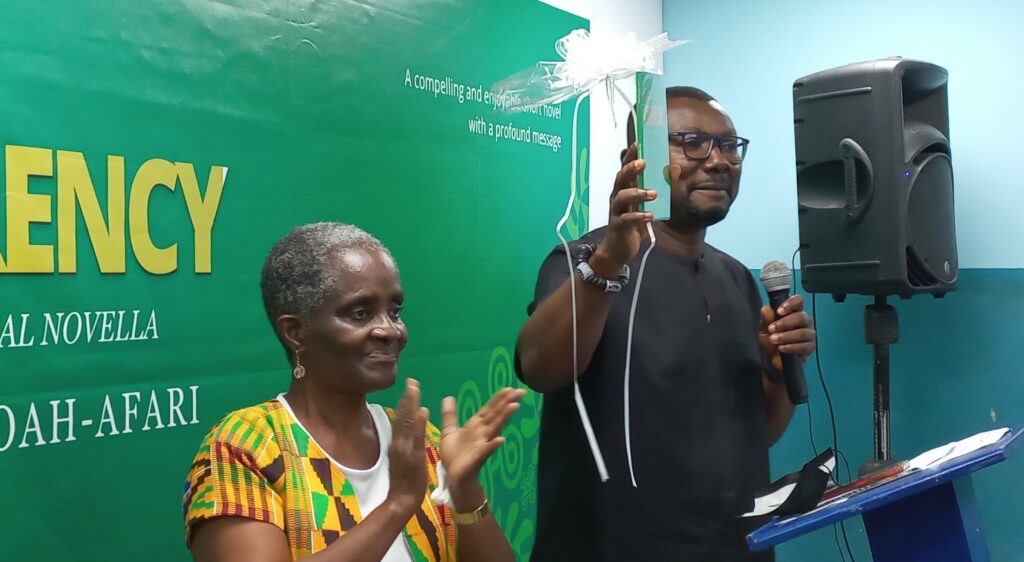 A historical novella, “The Currency”, a book authored by seasoned journalist and published creative writer, has rejuvenated a true sense of the Ghanaian family values.

Celebrating Akan social norms and values, particularly, the “wonderful feeling of togetherness, ” and communal living, uniquely associated with the extended family system, the book invites the reader to be culturally sensitive and to worry about the Ghanaian culture degradation.

Apart from capturing the chilling, historical realities of the 1979 demonetisation, it successfully celebrates otherwise fading, but precious extended family values.

In the book, the seasoned Author chronicles some aspects of the harrowing military rule of 1979, and narrates the ordeal of a woman about to lose an entire lifetime savings.

Specifically, it recounts the widespread commotion and hardships associated with the introduction of a new monetary currency in Ghana from March 13 – 26, 1979.

The historical novella, set in Sunyani, the Brong-Ahafo regional capital in the same year, captures the widespread public despondency and turbulence associated with the exercise.

These include the tragic deaths of innocent demonetisation victims; alleged corrupt complicity by bank officials; and even by some security personnel detailed to ensure an incident-free exercise.

The book, thus, provides some insight into the period of the country’s history for adults who lived through the turbulence of 1979 as a necessary reminder; and to the present-day youth, some awareness of the happenings then.

Other rewarding aspects of the novella are the intricate manner in, which the book brings alive certain negative, societal behaviour and norms such as housemaid maltreatment, entitlement mentality and dependency by extended family members.

The “New Currency” ends positively and on a good note – first, culturally sensitive extended family members decide to help out an otherwise self-centred relative, who finds herself caught in financial distress; secondly, an over-bearing mistress, who is remorseful and regretting the maltreatment of a maid, decides to make amends.

The thrilling lime green-looking book with yellow and white title inscription on the cover, and thinly opaque adinkra symbols – Mpatapo (knot of reconciliation) and Sesa wo suban (change or transform your life), reflects the theme of the book published by Smartline Publishers.

The succinctly 63-page and 12-chapter book, with a reading time of approximately one hour, is the fifth of the award-winning journalist and published creative writer, Ms Yeboah-Afari.

The fourth, Conversations with My Father, a biography of her father, Mr B. Yeboah Afari, Ghana’s first Minister of Agriculture, won First Prize in the 2009 Ghana Association of Writers Literary Awards, in the ‘Creative Non-Fiction’ category.

Ms Yaboah-Afari describes the “New Currency” as a miracle because the novella was nearly stillborn, and adds that it is around a story she wrote some four decades ago, in March, 1979, soon after the then Government’s shock decision to introduce new currency denominations.

The novella is written in a conversational style projecting the character of the Akan Language, highlighting the country’s decaying extended family system and dying Ghanaian traditional value of communal living.

The historical novella is written to awaken a sense of history and cultural renaissance, Dr Anthony K. Bonnah Koomson, a former Editor of the Catholic Standard, in a review to launch the book, said.

He added that, in the hands of the younger generation, the country’s cultural heritage was guaranteed some renaissance and individual awakening, through the book.

Himself a seasoned writer, Dr Koomson, said the Author, “Ms Yeboah-Afari, without doubt, is a writer and a journalist of high esteem: passionate as a writer, and inquisitive as a journalist.”

He said the topics about, which she elected to write on invited attention, and that, “the novella’s publication at a time of Ghana’s history, when we say all the right things, but hardly do anything right, is pleasantly fortuitous.”

Dr Koomson, whose five-page review was read on his behalf by Mr Emmanuel Dogbevi, Managing Editor, Ghana Business News, said the book was worth commending for celebrating Akan social norms and values, particularly, the “wonderful feeling of togetherness” and communal living, uniquely associated with the extended family system.

Mr Cameron Duodu, journalist, novelist and editorialist, wondered where the many enthralling literary books from eons were and that he had no doubt that educationists whose policy decision led to the eradication of such fascinating books from the curriculum had very good reasons to do so.

“Well, over seventy years after I read the books I have mentioned, I have not needed to look up any of their titles before venturing to reveal my opinions about them. Can I say the same about the books in our schools today? The answer is a firm No,” Mr Duodu pointed out in a peroration read by Mr Albert Kofi Owusu, the General Manager of the Ghana News Agency.

Mr Duodu noted that: “Good writers are not taught – they absorb good writing unconsciously, and – sub consciously. Then, they disgorge it all, again, unconsciously and sub-consciously.”

In a momentary silence, as the audience mulled over those words, he added that good writing, when absorbed and disgorged, would have gone through invisible processes akin to what physicists called quantum mechanics.

Like the demonetisation of the Cedi, an otherwise good policy, which put the populace in difficulties, governments in Mr Duodu’s opinion, should learn from books like the “New Currency – A historical novella”, whenever they contemplated taking actions that affected a lot of people.