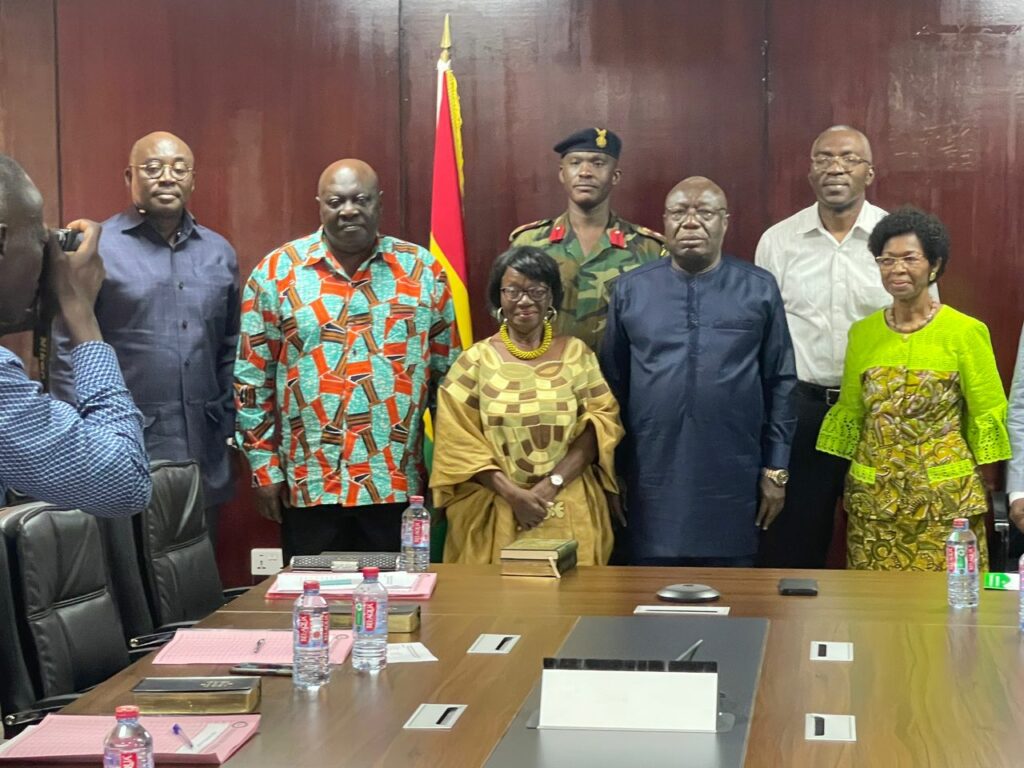 Dr Kwaku Afriyie, the Minister of Environment, Science, Technology and Innovation, has inaugurated a seven-member Governing Board of the Nuclear Regulatory Authority (NRA) to initiate policies and actions for effective mandate delivery.

With the declaration by President Akufo-Addo on Ghana’s inclusion of Nuclear Technology in its Power Generation Mix, Dr Afriyie said it behooved on the Board to initiate pragmatic policies and actions to best prepare the Authority to effectively deliver on its mandate for Ghana’s nuclear power programme.

He admonished the Board to ensure that its inputs led to proper management of the Authority’s resources, while seeing to it that the Authority was abreast of all emerging new technologies.

“I urge you to be passionate about this duty, bring your years of experience, expertise and excellence which all of you are noted for to bear on the task ahead. Above all, take your mandate as a sacred calling for which posterity would applaud your memory,” he said.

Dr Afriyie told the Board to bear in mind their new role at a time when there were global uncertainties traversing from economic instability, climate uncertainties, energy crisis, and potential food shortage, insecurity as a result of insurrections in the West Africa sub-region and a myriad of other minor issues which in a large measure affected Ghana.

“Nonetheless, we have confidence in the undaunting/unwavering spirit of the Ghanaian to surmount and overcome challenges no matter how dire they may appear,” he said.

The Minister said government had taken due cognisance that Board members possessed excellent academic credentials, pursued successful professional careers and were individuals with unblemished integrity.

“Undoubtedly, these great heights and feats achieved were gotten through dint of hard work, fortitude and determination,” he added.

Prof. Andam said the task to make the NRA one of the best, efficient and effective regulatory bodies, equipped to deliver in the 21st century fast growing technological environment had only just started.

The challenges, she said, were great but the potential for meeting them existed, hence success was attainable.

“It is our solemn pledge that we will commit and devote ourselves to the task ahead, initiate policies and see to their quick implementation, and ensure good governance in the NRA for which it is known for.

“I can attest to the fact that Members of this Board are known for their lives of service and commitment to the nation. This gives me the confidence that history will show that in our day(s) we met the demands which our time(s) required of us.” Prof. Andam said.