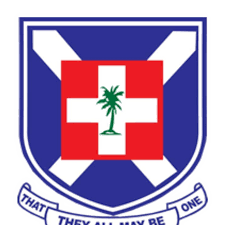 The Dansoman District of the Presbyterian Church of Ghana (PCG) has provided five acres of land for the construction of housing units to reduce the country’s housing deficit.

In collaboration with OMRI Projekt Ltd, an estate developer, it will construct 15 units of three-bedroom houses, and 16 two-bedroom housing units at Abehenease in the Ga West Municipality of the Greater Accra Region.

The project is expected to be completed within 24 months.

It would have a shopping mart and recreational centre.

Reverend Tetteh Suomi Akunor, the Dansoman District Minister, said this during a ground-breaking ceremony on Monday for the construction of the 31 housing units.

He said though the Church was a voluntary organisation, primarily obligated to win souls for Christ, it had a social responsibility to impact society with developmental projects.

In an interview with the Ghana News Agency (GNA) after the ceremony, Rev Akunor said: “As a Church we have realised there is a housing deficit in Ghana, and we also have a role to play in reducing it by providing the land for the project.”

“We need to think outside the box, the Church is not there for business and churches should be sensitive to their neighborhoods and do something to help their communities.”

Rev Akunor said when completed, the houses would be jointly owned by the Dansoman District of the PCG and OMRI Projekt Ltd.

He urged churches to venture into housing projects to help reduce the deficit.

The Clergy from the Amasaman Mission, PCG, was on hand to support the project.

Data from the Ghana Statistical Service indicate that the country’s housing deficit stands at 1.8 million per the 2021 Population and Housing Census, a 33 per cent reduction from the previous 2.8 million.

Mr Kwame Obeng Adjinah, the Chief Operating Officer, OMRI Projekt Ltd, told the GNA that the collaboration was part of the company’s corporate social responsibility to ensure that accommodation challenges in the country were minimised.

He said stakeholders, including investors, should see housing as a social service to society, especially to those within the low-income bracket.

Mr Clement Wilkinson, the Ga West Municipal Chief Executive, commended the company for the initiative as it would beautify the area and boost economic activities.

He said the Assembly was prepared to give assistance to firms, agencies and individuals ready to invest in diverse projects in the Municipality to enhance development, but cautioned the public against flouting the Assembly-bye laws.