Most 2022 pensioned teachers yet to receive tier two payment – GNAT 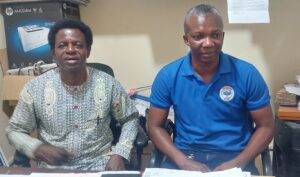 The Ghana National Association of Teachers (GNAT) has revealed that most of its members who retired from active service in January 2022 are yet to receive their tier two pension payment.

Mr Charles A. Ayonab, Tema Metropolitan Secretary of GNAT revealed this in an interview with the Ghana News Agency in Tema, on World Teachers’ Day, which is celebrated annually in October, which was on the theme: “The change of education begins with teachers”.

Mr Ayonab indicated that even though deductions towards the tier two had been done from their salaries while on active service, the Ghana Education Service and the tier two company kept tossing the pensioners several months after going on pension.

He said the information gathered pointed to the fact that even though the government who was their employer deducted the contributions, it was yet to pay to the companies to invest and pay the required lump-sums to beneficiaries.

He, therefore, called on the government to immediately release the said monies to the companies to enable them to pay the pensioned teachers as the delay in doing so was having a negative effect on them.

Touching on other teacher-related issues, he said teachers in recent times were losing their enviable position in society as the torchbearers who shaped people’s perception on politics, morality, and serve as role models and educators on national issues.

He attributed the paradigm shift to the behaviour of some teachers, the Ghana Education Service, opinion leaders, society, the community, and the government as stakeholders.

“For us to come back to our original state, a collaboration between these stakeholders is needed, and government as the bigger player must put in measures to ensure this,” he stated.

The Tema GNAT Secretary called on the government to provide the needed refresher training for teachers stating that although there was a professional development allowance paid annually to teachers it was meagre and could not help the teacher to get relevant training to enhance their work.

Mr. Abednego Tettey Nuertey, Chairman of GNAT, Tema, on his part said the 2022 World Teachers’ Day Celebration has been decentralized in the ten locals which cover the Tema Metropolis, Tema West, Kpone-Katamanso, and Ashaiman Municipalities.

Mr Nuertey said over 4,000 members would participate in games, health screening including breast cancer, and talks on private health insurance and the GNAT Provident Fund.

October 05 was declared as World Teachers’ Day by the United Nations Educational, Scientific, and Cultural Organization (UNESCO) in 1994 as it was this day in 1966 that a special intergovernmental meeting accepted the UNESCO Recommendation on the Status of Teachers.

The day is to recognize, evaluate, and enhance the status of teachers around the globe, as well as be viewed as a platform to think about and resolve problems relating to teachers and education while acknowledging the accomplishments of teachers to society and the world.

Ghana government says it is encouraged with progress in IMF negotiations