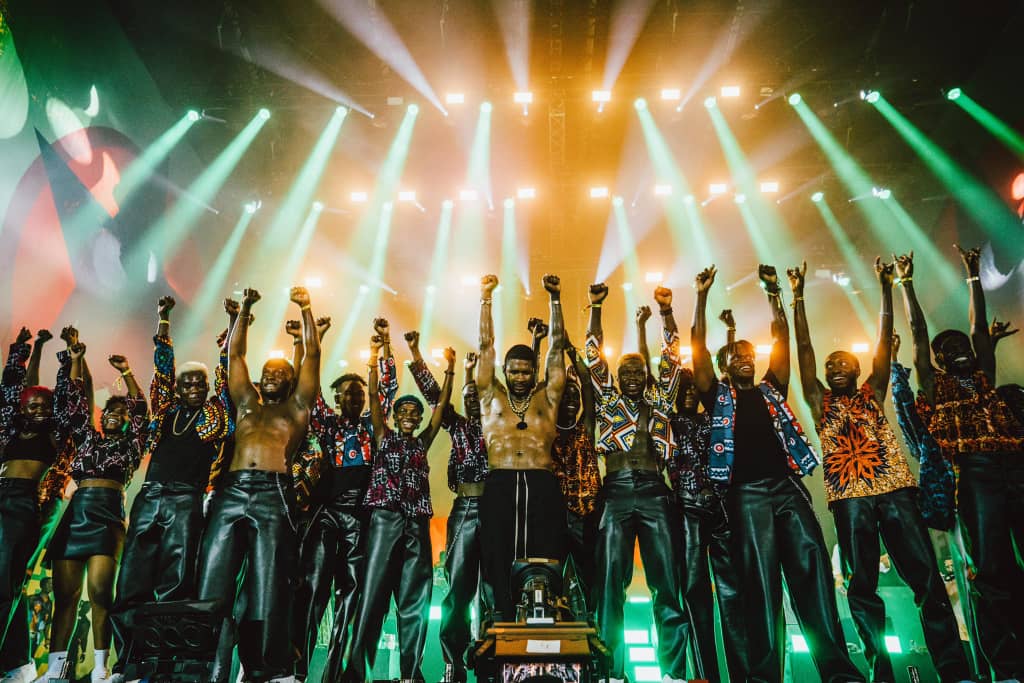 It was an enthralling musical spectacle as the Global Citizen Festival was held at the Black Star Square in Accra for the first time.

American RNB legend Usher Raymond delivered a masterclass in music and dance performance together with his crew.

It was an action-packed music night and British rapper Stormzy brought energy to the stage and was joined by Ghanaian artistes Yaw Tog and Kwesi Arthur as they performed the remix of “Sore”, hit single.

Ghanaian top artistes, including Stonebwoy, Sarkodie, and Gyakie, put up some memorable performances with fans jamming to their hit songs.

The night was full of thrills as Nigerian artistes Tiwa Savage, Oxlade, and Pheelz made surprise appearances at the festival as they performed together with Usher.

The music festival, which lasted for six hours, witnessed performances from Nigerian Afrobeat star Tems and American singer SZA, who brought moments of reflection to the crowd as she performed her global hit song “Broken Clocks”.

This year’s concert was aimed at calling on world leaders to step up investment in the future of women and girls, respond to the global food crisis and also put in measures to end extreme poverty.

President Nana Addo Dankwa Akufo-Addo, who graced the festival, welcomed all participants from around the world to Accra as they witnessed these historical moments.

President Akufo-Addo announced the launch of the African Prosperity Fund that would fund strategic and transformational projects on the continent in the areas of infrastructure development, education, health care, and technology, among others.

This, he said, would help ensure that no country was left behind in this developmental agenda.

There was a corresponding festival held at Central Park in New York with the likes of Mariah Carey, Katie Holmes, and others also performing.

ECOWAS regulators to meet in Ghana over regional electricity market