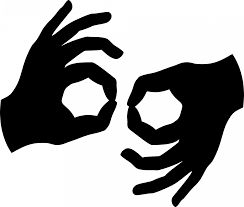 The global community is today celebrating the International Day of Sign Languages to highlight the unity generated by sign languages.

The United Nations (UN) General Assembly declared 23 September as the International Day of Sign Languages to raise awareness on the importance of sign language in the full realisation of the human rights of people with hearing impairment or the deaf.

This year’s celebration is on the theme: “Sign Languages Unite Us.”

In Ghana, the Ghana National Association of the Deaf, which was also celebrating International Week of Deaf People with marching themes for each day from September 19 to 25, will visit the Ministry of Gender, Children and Social Protection to present its position paper on sign language recognition.

On the international scenes, the World Federation of the Deaf has urged country leaders, government officials, Members of Parliaments and members of city council to sign this year’s theme, “Sign Languages Unite Us!” in their national sign language.

It also called for all public places, public landmarks and official buildings, Presidential houses, City Halls, stadia, and others to be spotlighted in blue light on September 23, 2022.

The proposal for the Day came from the World Federation of the Deaf (WFD), a federation of 135 national associations of deaf people, representing approximately 70 million deaf people’s human rights worldwide.

It commemorated the date WFD was established in 1951, which marked the birth of an advocacy organization, with the preservation of sign languages and deaf culture as pre-requisites to the realisation of the human rights of deaf people as one of its main goals.

The Permanent Mission of Antigua and Barbuda to the United Nations and 97 United Nations Member States sponsored and co-sponsored resolution A/RES/72/161 respectively, and adopted it by consensus on 19 December 2017.

It was a unique opportunity to support and protect the linguistic identity and cultural diversity of all deaf people and other sign language users.

According to the World Federation of the Deaf, there were over 70 million deaf people worldwide with more than 80 per cent living in developing countries who collectively used more than 300 different sign languages.

The Convention on the Rights of Persons with Disabilities recognised and promoted the use of sign languages, making it clear that sign languages were equal in status to spoken languages.

It obligated states parties to facilitate the learning of sign language and promote the linguistic identity of the deaf community.

It recognised the importance of preserving sign languages as part of linguistic and cultural diversity and stressed the principle of “nothing about us without us,” in terms of working with deaf communities.