Manhyia Museum expectant of return of regalia looted in 1874 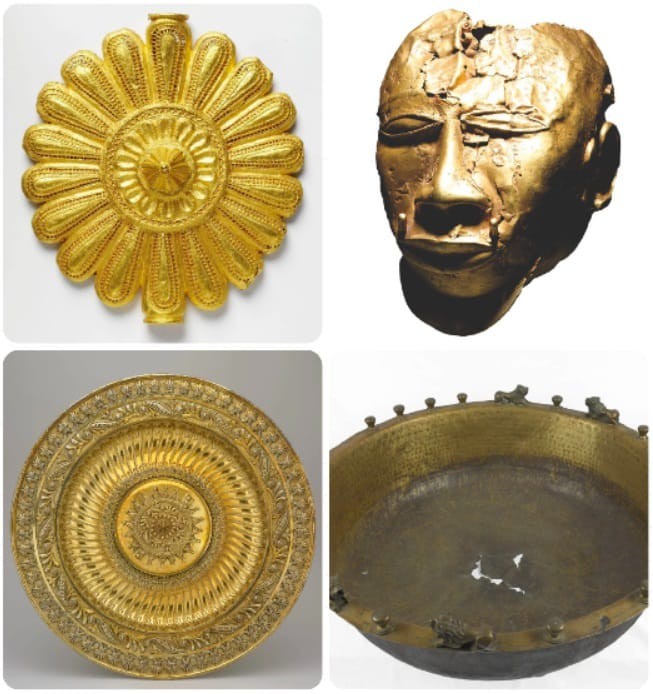 The Manhyia Palace Museum is upbeat about the possible return of Asanteman’s gold regalia and artefacts which were seized during a British punitive raid in 1874.

The Victoria and Albert Museum (V&A), the world’s largest museum of applied arts, decorative arts, and designs, where the treasures have been kept over the years, has given indication of plans to return the regalia to the Asante Kingdom.

This follows a recent visit to Ghana by its director Mr Tristram Hunt to begin conversation about a renewable cultural partnership centred around the V&A collection of Asante court regalia.

Mr Hunt is reported to have held discussions with both the Ministry of Tourism, Arts and Culture and the Asantehene, Otumfuo Osei Tutu II, when he visited the country in February this year.

Mr. Justice Brobbey, a Historian and Head of the Manhyia Palace Museum who confirmed the new development to the Ghana News Agency in Kumasi, said the museum was ready to receive the regalia.

He said the return of the regalia would serve as a historical monument at the museum, deepen cultural ties between Ghana and Britain and boost cultural heritage between the two countries.

They would also add up to the historical collections of the museum not only to attract tourists but also researchers and historians, who might want to know the artistic designs and decorations of the Asante people.

It is believed that the renewed partnership model can forge a potential pathway for these important artefacts to be on display in the Manhyia Palace Museum in the coming years.

Mr Brobbey said discussions had been held with the Asantehene, with both parties expressing the ambition for the objects from the British Museum collection to return to the Manhyia Palace Museum.

In 1974, 100 years after the looting, the then Asantehene, Otumfuo Opoku Ware II is on record to have asked for the return of the regalia and other items removed by the British expeditionary forces in 1874.

A similar appeal was made by the current occupant of the Golden Stool, Otumfuo Osei Tutu II in 2010 during the visit of the Deputy Director of the British Museum to Kumasi.

The precious regalia expected to return to the Asantes include a decorated gold pectoral “soul” disc, shaped like a flower, which would have been worn by priests involved in the ritual purification of the king’s soul.

There is also a pear-shaped pendant, either worn or attached to a state sword or stool.

The remaining pieces of regalia are of gold.

Mr. Brobbey said the Manhyia palace museum currently do not have records of any other country apart from the United Kingdom, taken away some of its artefacts or regalia, but would gladly be opened for negotiations and return of such items from any country, which might have them in their museums.