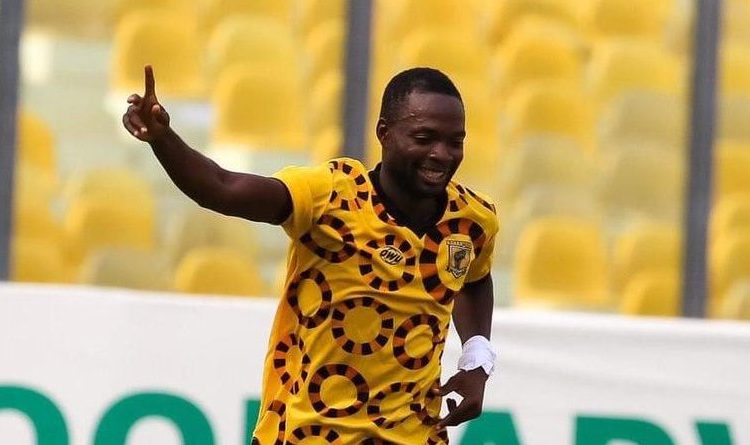 Former AshantiGold striker and Ghana international, Yaw Annor has earned a debut call-up to the Togolese national team after completing a nationality switch.

The Sparrowhawks of Togo have lined up two international friendly matches against Ivory Coast and Equatorial Guinea, and the prolific finisher is set to feature for the neighboring country.

The Ismaily Sporting Club forward emerged as the top goal scorer for the 2021/2022 Ghana Premier League with 22 goals to his credit.

An invitation letter sent to the strikers’ current club, Ismaily Sporting Club by the Togolese Football Federation said Annor had been selected for the upcoming friendly matches.

“We would like to inform you that your player Annor Yaw is pre-selected for the International friendly matches in Cote d’Ivoire vs Togo/ Equatorial Guinea vs Togo which will take place in Paris and Casablanca.”

The 24-year-old is eligible to feature in the friendly clash since his mother is a Togolese.

The former AshantiGold talisman would be looking forward to honouring his first ever senior debut for Togo.

Togo would take on Cote d’Ivoire on Saturday, September 24 before engaging Equatorial Guinea three days after.