Mr Yaw Acheampong Boafo, the President of the Ghana Bar Association (GBA), said the recent Auditor General’s Report is a sad commentary on the state of corruption, plundering, and mismanagement of the public purse.

He, therefore, called on the government to continue to implement deterring policies and best practices to deal with corruption in all forms.

He added his voice to calls by civil society organisations on the Auditor General to exercise his constitutional powers to issue surcharges and disallowances against persons cited for various financial irregularities in the 2019, 2021, and 2020 reports, which had gained approval from the country’s apex court.

Mr Boafo said this during the opening of the 2022 Annual General Meeting of the Ghana Bar Association in Ho, on the theme: “Ghana’s Democracy under the Fourth Republic: Gains, Challenges and Prospects.”

He noted that despite efforts by successive governments to fight corruption, scarce state resources were being plundered to the detriment of the masses, a significant number of whom were poor and struggling to earn a decent living.

Equally threatening was political violence, monetisation of politics, and partisan polarisation, which were affronts to the consolidation of Ghana’s fledgling democracy for a progressive and fair society, he said.

Mr Boafo said the GBA expected the government to take effective and sustainable steps to ensure a fair and equitable development across all sectors of the economy.

He identified the unbridled utterances and use of intemperate language in the media, especially by some political actors, as part of the existential threats to the country’s democracy.

“The level of vitriol on comment threads on social media at times with tribal undertones is quite alarming,” he said, noting that much as freedom of expression and pluralistic media were guaranteed and protected under the 1992 Constitution, those rights carried a corresponding responsibility and circumspection.

The GBA President, therefore, called for more responsibility, decency, restraint, and circumspection on the airwaves with the expectation that the talk-shops would be for exchange of ideas rather than avenues for anarchy, confusion and violence.

“Media houses cannot hide behind dishonest click baits to tarnish the reputation of others who hold positions they disagree with,” he said, and urged the hosts to review panelists on their shows.

Mr Boafo expressed worry over the reported incidents of threats, violence and thuggery visited on some media houses in the discharge of their duties, and appealed to the Ghana Police Service and the Office of the Attorney-General to swiftly arrest, investigate and prosecute such offenders. 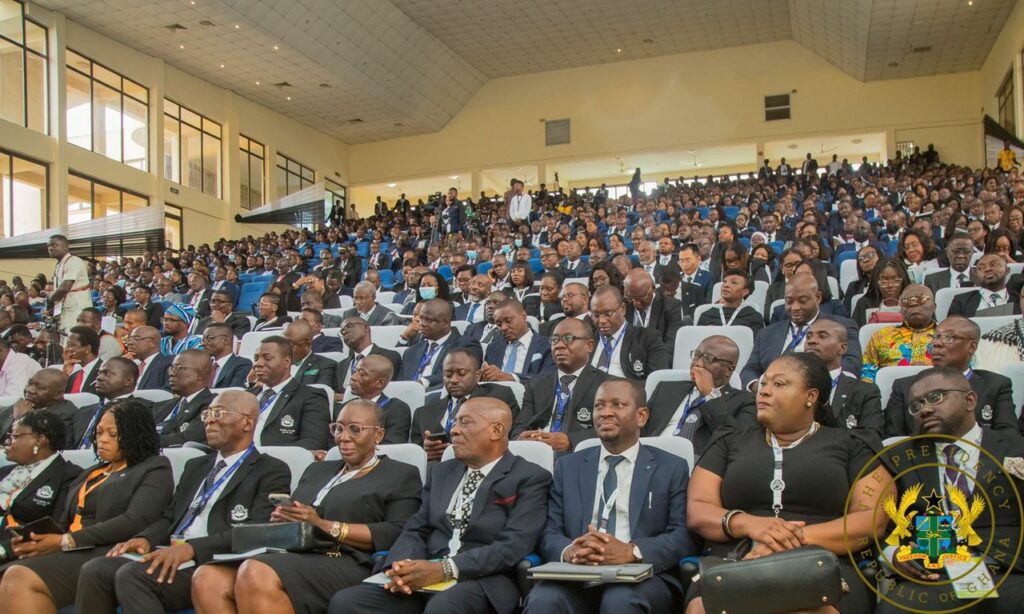 “We are appalled by the 2022 edition of the World Press Freedom Index as Ghana was ranked 30 places lower than its more recent position in the 2021 ranking.”

He urged the government to continue to bridge the technology gap within the justice delivery system through the introduction of the electronic court system, among other things, and said the increase in the number of courts would enhance access to justice.

Chief Justice Kwasi Anin-Yeboah, in an address read on his behalf by Mr Justice Jones Dotse, Justice of the Supreme Court, urged the Bar to begin to question the delays in adjudication of cases and come up with rules in case management to stem time wasting.

He urged the conference to evolve time-tested reforms to fast-track the adjudication of civil and criminal cases, which should be reflected in the communique’ after the weeklong retreat.

The conference, which will see a sod-cutting in Ho for the first regional Bar Centre of the Association, also features legal outreach in selected schools, medical screening at the Volta Serene Hotel, and visit to tourist sites in the Volta Region.