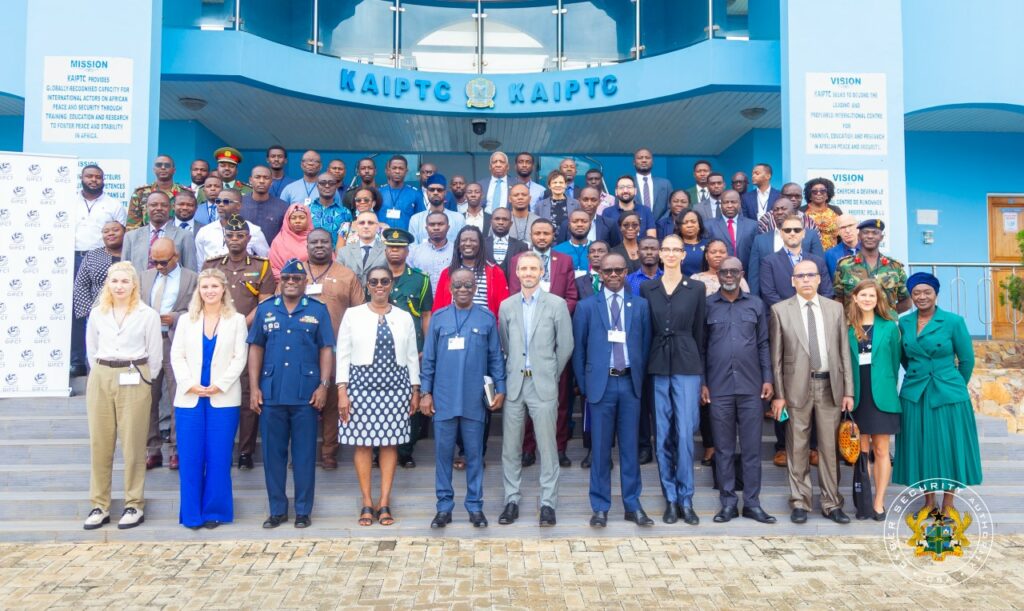 He said aside awareness creation and advocacy, the government had also made several provisions available to protect citizens from all other forms of terrorism threats.

The Minister said this on Wednesday at the opening ceremony of the Global Internet Forum to Counter Terrorism (GIFCT)/Tech Against Terrorism (TAT) Multi-Sector Workshop on Countering Terrorism and Violent Extremism Online in Accra.

The event was jointly organised by the Cyber Security Authority (CSA), GIFCT and TAT.

He said propaganda was the most common or preferred tool used by the terrorist groups to incite the populace against existing governments and create sympatisers for themselves.

The Minister said violent extremists also used the internet to raise funds by posing as charitable institutions or individuals on the internet.

He, however, noted that the internet provided an avenue to deter such acts, adding that, intelligence gathering with the use of the internet helped to forestall terrorist attacks.

The Minister said due to the cross-border nature of the internet use, terrorist activities had also assumed a trans-national nature, which called for collaborations amongst states to fight such threats.

He said the government would continue to prioritise fortification of already existing systems to protect Ghana’s cyber space.

Mrs. Ursula Owusu-Ekuful, Minister of Communications and Digitalisation said the advancement of modern technology and wide use of the internet had allowed terrorists to leverage on the benefits of the internet to carry out their activities more “clandestinely, causing harm to the society in the cruelest manner.”

“Countries are now at war with hackers online, critical data is being stolen, and many institutions are facing ransomware attacks daily. Violent extremists and terrorism actors are also exploiting the various vulnerabilities of the internet and networks to engage in acts that seek to undermine our personal and civil liberties,” she added.

She urged corporate institutions and individuals to make cybersecurity an important feature of their operations and not hesitate to fall on the CSA for assistance.

The Minister also called for collaboration among nations and groups to expedite information sharing, responses, and coordination to counter online threats.

Dr Albert Antwi-Boasiako, Acting Director-General, CSA, said the use of the cyberspace and digital platforms for violent extremism and terrorist related activities was an area of grave concern, not only to governments and its law enforcement agencies but also the very organisations, which owned or deployed such technologies to users.

He said with the increasing dependency on networks and digital systems for socio-economic developments, malicious actors, including terrorist groups focused on bits and bytes, rather than just bullets.

“Any disruptive attacks by terrorist organisations against computer systems and networks could undermine our socio-economic activities,” he added.

Dr Antwi-Boasiako said the CSA would continue to leverage on partnerships and collaborations both locally and internationally to build capacity and support the national security mandate to make Ghana safe for citizens.