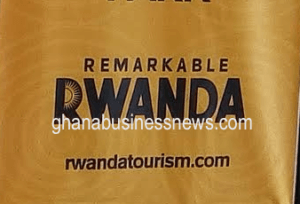 The British and Rwandan governments have established an eight-member panel of experts to examine the plan to send asylum seekers in the United Kingdom (UK)to Rwanda, as a judicial review of the scheme began in the High Court in London on Monday.

The scheme has been dogged with controversy since it was announced in April by the British government that “anyone entering the UK illegally” after January 1 this year would be sent to Rwanda, where they would apply for asylum, in a deal worth £120 million to the Rwandan government.

Since then, the office of the United Nations High Commissioner for Refugees (UNHCR), civil servants at the British Home Office, which oversees immigration and asylum, and over 160 human rights and campaign groups have strongly opposed the deal.

After legal challenges in the courts in London, the first flight of asylum seekers to Rwanda on June 14 was cancelled.

Now the independent panel has been charged with “reviewing and reporting on the delivery of the [plan], including monitoring the end-to-end operations from the UK to Rwanda”.

The Rwandan Minister for Foreign Affairs and International Co-operation, Dr Vincent Biruta, said his country looked forward to working with the UK on the “partnership” that would “offer a safe, secure home for people seeking protection, as well as a chance for migrants to live, work and develop alongside Rwandans.”

He added: “The members of the Monitoring Committee are experienced and highly committed individuals who will ensure that the programme is delivered to high standards and becomes a sustainable solution to the global imbalance in human capital opportunities, a major factor that is driving irregular and dangerous migration.”

One of the groups challenging the “damaging” policy, UK-based Medical Justice, said that those who had been earmarked for removal had been victims of torture and trafficking, “who are already paying a high human cost even before any flights have taken off to Rwanda”.

Its report, The Human Cost of the Rwanda Scheme, published over the weekend, said: “Our clinicians have described the severe impact of the threat of removal to Rwanda on mental health.

“Experiences of intense fear, anxiety about the future, profound loss of hope, and traumatic reminders of past experiences of powerlessness deprive people of the sense of safety required for careful assessment and recovery.

“These experiences would be harmful in general but are made even more acute by their being experienced within immigration detention and by a population with a high rate of vulnerability,” the report added.

Dr Rachel Bingham, Clinical Adviser for Medical Justice, said the organisation was calling for “the immediate and urgent release from indefinite immigration detention of all those targeted with removal for Rwanda, and for the policy to be abandoned”.

She added: To not do so, given the medical evidence, means the harm the government is inflicting is premeditated.”