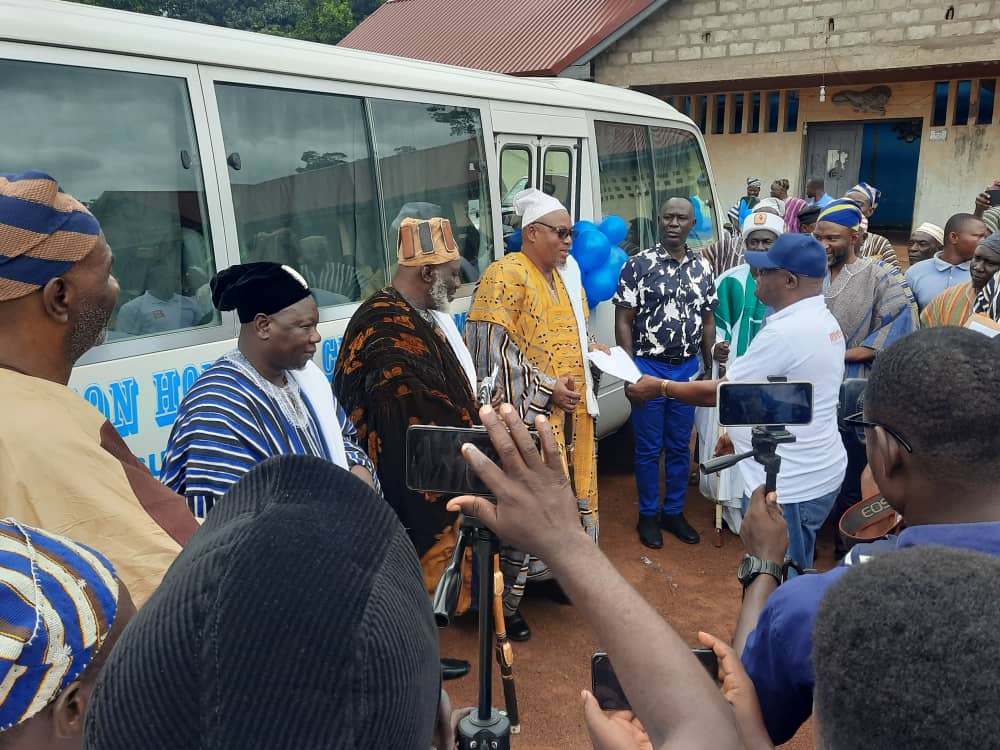 The Northern Regional House of Chiefs has taken delivery of a 30-seater coastal bus to assist in its operational duties.

It was donated by VIP JEOUN Transport Company Limited, a leading transport service provider in the country, as part of its support to the House.

Mr Yaw Amponsah Marfo, Executive Director of VIP JEOUN Transport Company Ltd, who presented the bus to members of the Regional House of Chiefs in Tamale, said “I strongly hope and believe that the donation will resource the House for efficient and effective service delivery to the people of the region.”

Mr Marfo spoke about the company’s operations in the region saying “In recognition of our social contribution, Ya-Na Abukari (II) allocated land to VIP JEOUN Transport Company as a temporary site for operations at Yendi. The gesture contributed to our brand development, and we are indeed grateful.”

He noted that upon completion of the Eastern Corridor Road, the company would extend its operations to Bimbilla in the Nanumba North Municipality and other areas saying, “We intend to operate from Bimbilla to Accra and Bimbilla to Kumasi and vice versa.”

Naa Yab Kuga-Naa Abdulai, Paramount Chief of Kuga Traditional Area, who received the documents to the bus on behalf of the Regional House of Chiefs, said means of movement for the House had always been a challenge, which affected its operations.

He said the gesture had come at the right time and expressed appreciation to the Management of VIP JEOUN Transport Company for the support.