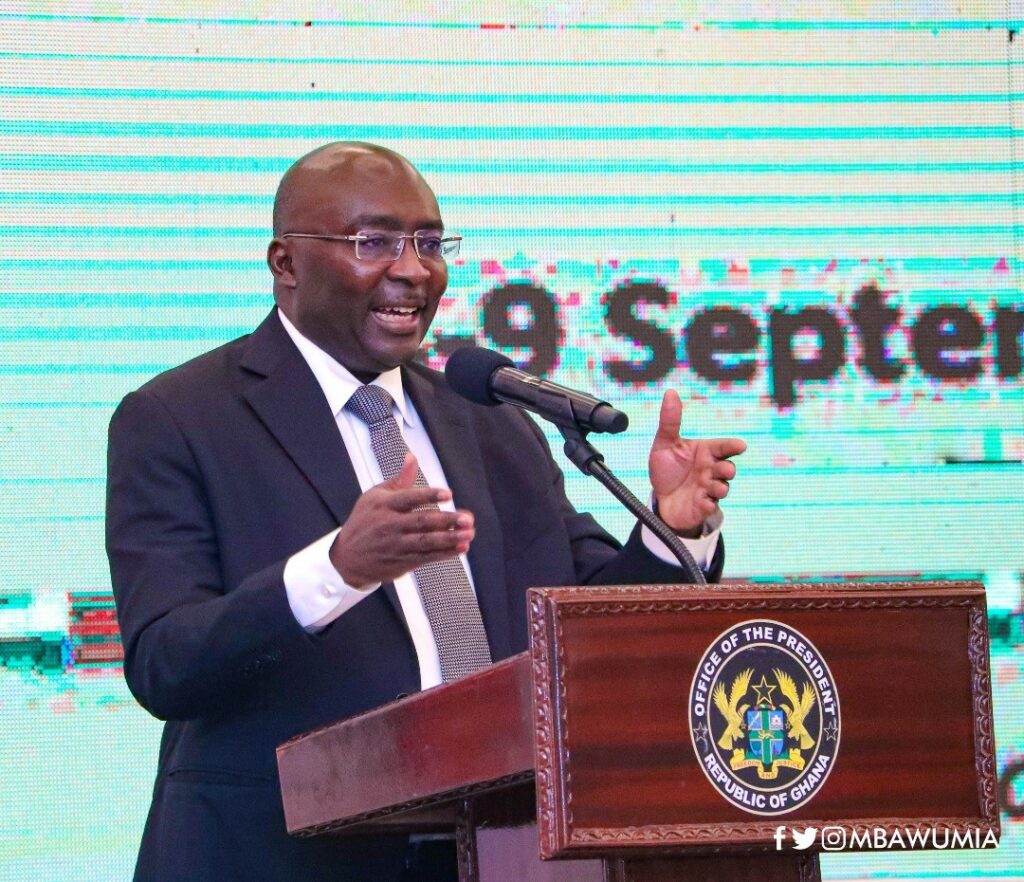 He urged judicial systems within the Commonwealth to employ the right communication and technological tools to boost and fast-track justice delivery.

“In fact, it will be criminally negligent to ignore the latent power we have and allow the situation to fester where our courts are clogged, citizens are frustrated, and justice remain out of reach of many,” he said.

Vice-President Bawumia gave the advice at the opening of the 19th Triennial Conference of the Commonwealth Magistrates and Judges Association in Accra.

The conference attracted 390 delegates from six regions of the Commonwealth, including chief justices, judges, magistrates, lawyers and judicial officers to exchange ideas and share experiences towards spurring change and innovation in justice administration within the Commonwealth.

The six-day conference is on the theme: “Access to Justice in a Modern World”.

The Vice-President said the Akufo-Addo-led Government was fully committed in ensuring the availability to all through the effective use of digital tools, noting that, even before the COVID-19 pandemic, the digitalisation of Ghana’s courts was very much underway.

“We have a virtual court system for our citizens, an electronic case management system and a Justice for All programme that leans heavily on digital technology to expedite the cases of prisoners held in remand beyond the constitutional limit,” Dr Bawumia said.

With the advancement in technology, he said, one did not need to be physically present to perform a task but it it should be possible for a critical witness in a case, far away from the jurisdiction for valid reasons, to provide the testimony necessary for the case to proceed.

“No society can be truly deemed ‘organised’ if it is not centred on the central foundation of justice,” he said.

“The belief in every citizen that they have rights equal to every other citizen, that their lives, properties and happiness cannot be arbitrarily taken away by another, no matter how powerful, is the consideration for the consent of individuals to be governed.”

In that sense, depriving even one citizen of justice was tantamount to “pulling another tile from the delicate domino pack, that is modern society.”

“How, for example, can a critical witness who is away from the jurisdiction for very valid reasons, provide the testimony necessary for the case to proceed? How can victims of assault tell their story if the result of the assault is that they are permanently tethered to a bed in an infirmary? How will a lawyer appear in two courts hours apart if the time between sittings is only a mere few minutes?”

“Therefore, I believe that just like all other benefits that accrue to a citizen by mere virtue of birth, state actors must expend every available energy to ensure that justice is available to all.”

The Vice-President, therefore, assured that the Ministry of Communications and Digitalisation and other allied agencies would continue to support the Judicial Service to improve access to justice in the country.

Chief Justice Kwasi Anin-Yeboah, in an address read on his behalf, highlighted some challenges plaguing Ghana’s judicial system and said access to justice would be a key feature in any of the solutions proffered to any crisis in the country.

He noted that society needed an impartial justice system to adjudicate all cases that may arise.

Hence the e-Justice system being implemented by the Judicial Service was bridging the technological gaps in the justice delivery system and helping to reduce the cost of travelling to courts, missing files and backlog of cases.

Justice Charles Mkandawire, President of the Commonwealth Magistrates and Judges Association, read a message from Queen Elizabeth II, who is the Patron of the Association, to express her warmest felicitations to members.