Crime rate in Ashaiman reduces drastically due to police operations 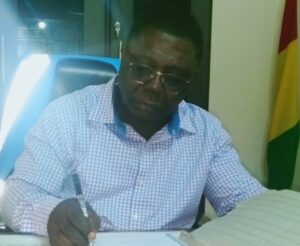 Speaking to the Ghana News Agency in Ashaiman, Mr Albert Boakye Okyere, the Ashaiman Municipal Chief Executive stated that because of the enhanced security operation residents, and the business community has been enjoying a conducive working environment in Ashaiman over the years.

He said the days when Ashaiman was tagged with bad names were far gone, adding that such a feat was attained with the help of residents and the Police Command within the municipality.

Mr Okyere stated that the Municipal Assembly has over the years complimented the efforts of the Police Command stating that two other police posts have been set up in Jericho and Middle East respectively to augment the already existing police posts within the municipality.

The MCE assured that the Municipality would continue to remain peaceful and called on the residents and other stakeholders to always assist the police and other security agencies to maintain law and order for businesses to thrive.

We all need to support what AfCFTA stands for – Togbe Afede

betPawa GPL winner to get GH¢300,000, oustanding players to be honoured