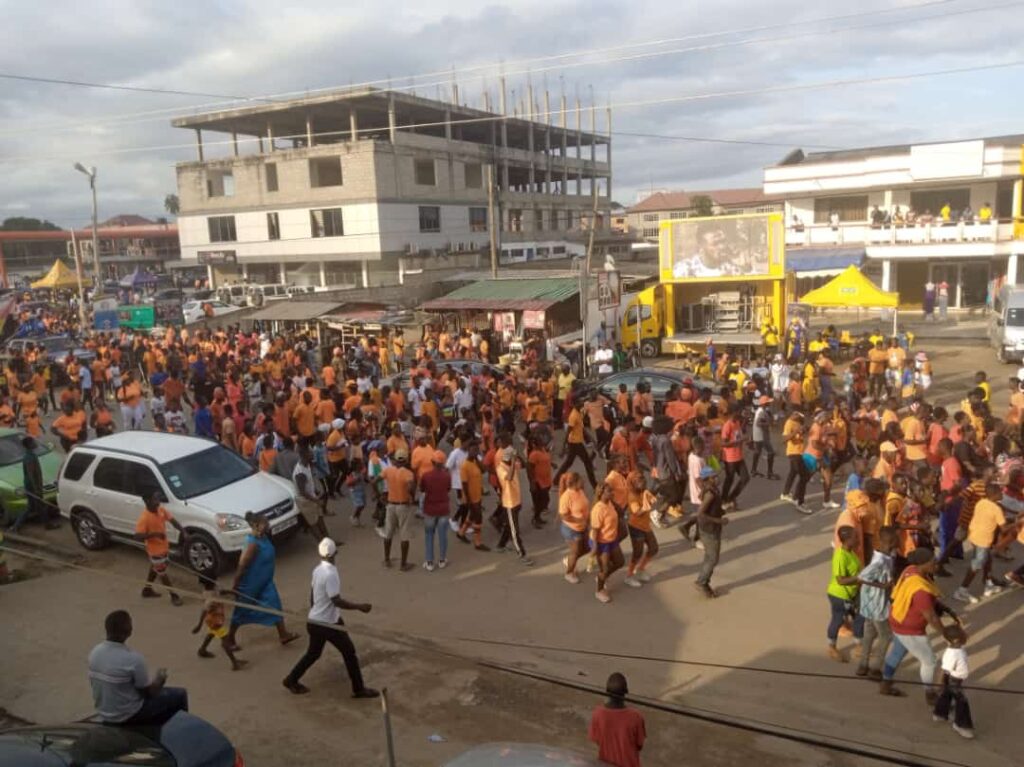 People from all walks of life turned out massively at the 2022 Oguaa Orange Friday Street carnival to showcase Ghana and the Africa Masterpiece.

The carnival saw thousands of celebrants, clad in orange, with music and drums parading through the ancient street of Cape Coast with masquerades.

A host of companies, including the National Lottery Authority (NLA), DONEWELL Company Limited, NaaBlu Music, Adonko Group of Companies, among others, parked their vehicles, as young women and men advertised their products.

The companies took the opportunity to display some activities that go on in their offices and threw different types of their souvenirs to the celebrants.

The carnival saw a group of people wearing branded orange T-shirts of Mr Allan Kyeremanteng, the Minister of Trade and Industry, holding banners, fliers and placards designed with Alan for 2024 inscription.

Regarded as the biggest street carnival in Africa, the carnival forms part of activities that precede the celebration of the Oguaa Fetu Afahye.

The Orange carnival is meant to demonstrate and educate the populace on the need to eat orange fruits for its nutritional value and economic significance.

The carnival attracted numerous companies, with further expectation to attract tourists and musicians both locally and internationally.

In an interview with the Ghana News Agency (GNA), Nana Abena Korkor, the Media Strategist for the event, said the carnival was aimed to give opportunity to brands, companies and traders to showcase their products to celebrants and visitors.

She said the turnout was huge because of the outbreak of COVID-19 pandemic which halted the festival for two years.

Nana Korkor said they were motivated by the need to promote the consumption of orange which abounds in the area, as a delicacy and a rich source of vitamin C.

The Organizers also took the opportunity to thank and wish all celebrants a successful festival celebration.

The week-long Fetu Festival of the chiefs and people of Oguaa, is on the theme: “Making Cape Coast Great Again, Through Education, Tourism and Development.”

Some activities included cleanup exercise, aerobics, youth colloquium and “akoms night “, a festival involving traditional priests and priestesses, among others.

There are other musical programs lined up throughout the week to display the rich culture and tradition amidst musical performances by seasoned local and international artistes who would treat the celebrants to rich and invigorating indigenous Ghanaian music.

The grand durbar which would see processing of chiefs, queen mothers, Asafo chiefs and Queens on the principal street of Cape Coast will be graced His Excellency Nana Addo Dankwa Akufo Addo, the President of Ghana.

Vodafone Ghana to register SME businesses and advertise their products