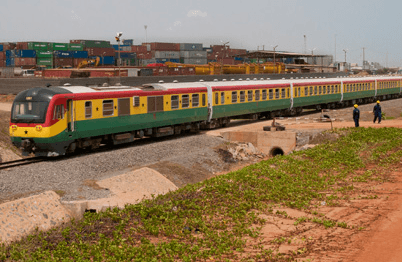 The Ghana government has signed a 25-years contract with South African company, Thelo DB Consortium to develop and operationalize the 299km Western Railway Line, according to a statement from the company.

The statement issued last week indicated that the consortium (consisting of Thelo DB and Transtech Consult Limited) signed a Rail Management Agreement with the government of Ghana through the Ghana Railway Company Limited, to develop and operationalise the Western Railway Line.

“The signing ceremony for the $3.2 billion project took place in Accra, Ghana on August 22, 2022,” the statement said.

“When completed, the project, which includes the associated infrastructure, training and Operations and Maintenance Management, will transform Ghana’s existing rail network into a modern, robust and integrated railway system running from the Port of Takoradi to Huni Valley to Obuasi, including the branch line from Dunkwa to Awaso to Nyinahin and to Eduadin,” it said.

According to the statement, the investment will ensure that the rail infrastructure is upgraded and that there is interoperability of railway systems; new standardised rolling stock; required maintenance facilities; a spare parts regime and operational integration into other transport infrastructure and systems.

Commenting, John-Peter Amewu, Ghana Minister of Railway Development, said: “Currently, the transportation of freight, including minerals and other bulk commodities along the Western Corridor is predominantly by means of the road network due to the poor state of the railways. The Western Railway Line has a very huge potential in terms of the haulage of both liquid and bulk cargo. For instance, current projected annual haulage on the Western Rail Line for manganese and bauxite is about 7 million and 15 million metric tonnes respectively. An additional 5 million metric tonnes of bauxite is estimated to be mined and transported annually from the new bauxite deposit at Nyinahin using the railway.

The Bulk Oil Storage and Company Limited has also projected to haul over 1.5 billion litres of oil products along the corridor. Other commodities that are transported along the Western Corridor include Cocoa, Timber, Cement, among others which also have huge haulage potential based on their respective projected volumes. Rail transport is therefore critical to the success and achievement of all these traffic projections since it provides a cheaper and more efficient means of transporting such commodities.”

Ronnie Ntuli, Chairman of Thelo DB, said: “The intention of this Project is to develop, implement and operationalise the Western Railway Line as a fully integrated railway system to enable efficient mobility of freight and passengers. This, will in turn, catalyse investment, infrastructure development, promote trade, skills development and job creation thereby generating broader economic growth in Ghana, and hopefully, the broader West Africa region.”

Even though Ghana has had railway systems long before independence in 1957, the country hasn’t developed a fully functional railway system.

Office of Registrar of Companies to strike out 2,584 dormant companies