Egg is a super food; stop the myths that override our health – GNECS 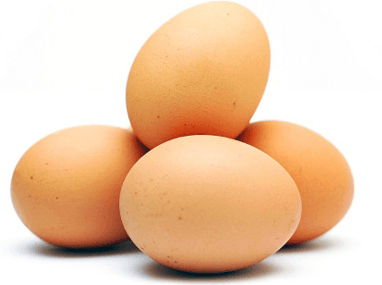 Mrs Comfort Kyerewaa Acheampong, the National Coordinator of the Ghana Egg Campaign Secretariat (GNECS), has called on communities and families to increase consumption of eggs to reduce malnutrition in Ghana.

She urged the public to disregard the local myths about egg consumption that are rooted in some Ghanaian cultures, to deny children the nutritious food.

Some of the common myths, she said, were that lactating mothers should not take eggs because the baby would pass stool with remnants of eggs in it and children would become thieves in future when they were fed eggs.

Madam Acheampong made the call when she facilitated a workshop, organised for nutrition officers of the Ghana Health Service (GHS) in Bolgatanga, the Upper East Regional capital.

It was a trainer of trainers’ workshop for the nutrition staff to, in turn, sensitise the many communities they worked in.

Mrs Achampong said studies conducted on a standard egg showed that 50 grammes contained 75 to 80 calories that provided three to four per cent of the estimated calories needs, and six grammes of quality protein mostly from the egg white.

Though the yolk had 1.7 grammes of saturated fat, 2.3 grammes of mono saturated fat, it was good for embryo growth and cell membrane, and contained micro-nutrients concentrate including Vitamin A, B and C, with a special nutrient good for development of the brain, hence beneficial to pregnant women, lactating mothers and children.

Addressing come concerns of journalists during an interview on the current price hikes of eggs, which cost between GHC30.00 to GHC34.00 per crate, she said it was due to the high cost of production in the poultry industry.

“We do not want a country without poultry farming”, she said and urged government to stop the importation of chicken and rather help local farmers by subsidising the production cost to enable them to remain in business.

Mr Kusi Adade, a public health practitioner and facilitator, said eggs were important for the human body and cheaper as compared to all other proteins, adding that; “The least amount spent on egg still gives one the protein needed”.

Miss Eunice Amiyuure, the Kassena Nankana Municipal Nutrition Officer, said eggs could be cooked in many ways to supplement meat, which was getting more expensive.

She said she would extend the campaign of eating eggs to her area of work to help counsel clients on the variety of ways eggs could be incorporated into meals.