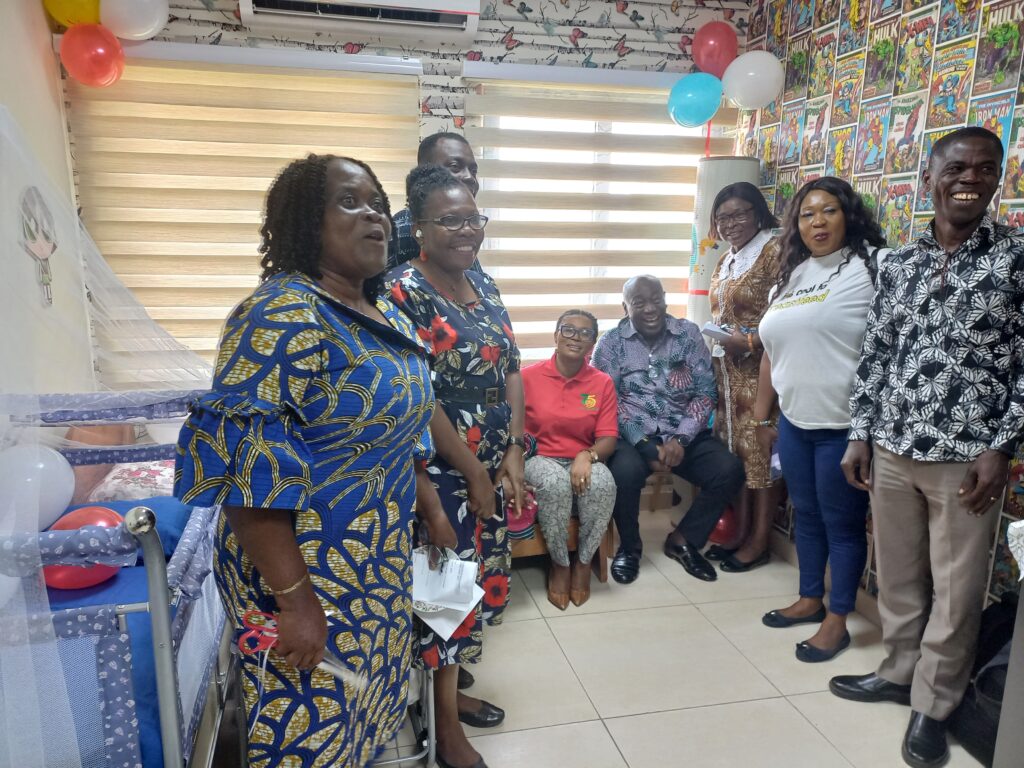 The Trades Congress Union (TUC) has inaugurated a workplace breastfeeding corner for its office employees to boost their productivity.

The breastfeeding corner, a room containing a bed, baby cots, a television set, air-conditioners, tables and chairs, was created for working mothers on the premises of TUC building to breastfeed their babies.

Mrs Rebecca Kwashie, National Women’s Council Chairperson, TUC, told the Ghana News Agency on the sidelines of the inauguration that women were able to give their best when they were psychologically and physically healthy.

She noted that it was difficult for mothers to leave their babies at home and go to work after their maternity leave, six weeks after birth, hence, the facility was to enable mothers relax to breastfeed their babies at break times.

“It will not affect their work because they will come in with a nanny just as they leave the baby at home with the nanny, but the difference here is that they are closer.”  Mrs Kwashie said.

The Chairperson assured that there would be policies to regulate the use of the facility to help mothers to perform better and increase productivity at their workplace.

She said the facility would also reduce the incidence of sick leave and off days as mothers could bring their babies to the work place after visiting the hospital, and when children were on vacations.

He encouraged all employers to emulate the TUC since one of the key drivers of productivity was the provision of facilities for women to be comfortable to feed their babies while working.

“Yes, this is leadership by example because this is something we have been advocating and actually negotiating with other employers. But we want to signal the employers that we have started,” he said.

Mr Mawuli Fedieley, a Public Health Officer, Ledzekwoku Health Directorate, said breastfeeding, the most effective and least costly life saver, was the foundation of a country’s development and achievement of the Sustainable Development Goals by 2030.

He recommended early initiation and exclusive breastfeeding to mothers because it could prevent 20,000 breast cancer deaths every year and 800, 000 under five deaths.

In Ghana, 52 per cent of all babies born were put to breast within the first hour of birth and about 43 per cent of babies under six months are exclusively breastfed.

Mrs Alberta Laryea- Djan, Head, Gender and Child Protection Department, TUC, said breastfeeding must be treated as a human rights issue which would make babies healthy and give mothers peace of mind to be productive at work.

Madam Alice Gondwe-Siame, Adviser for Africa, the Norwegian Confederation of Trade Unions (Lo-Norway), a partner of TUC, commended the TUC for the initiative of providing a comfortable place for staff to breastfeed their babies.

Two Ministries to criminalize use of plastics in kenkey, banku preparation