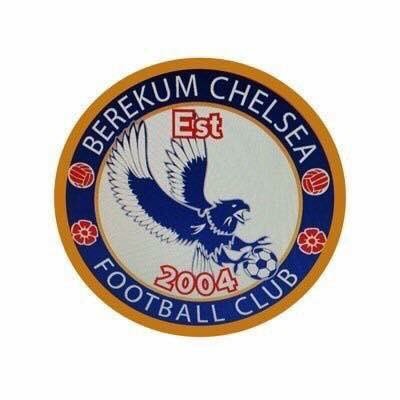 Accra Hearts of Oak exited from this year’s Ghana League Clubs Association (GHALCA) tournament after suffering a 4-0 defeat against Berekum Chelsea on Wednesday at the Accra Sports Stadium.

Afriyie Mensah, Ouattara Kalli, Awuah Dramani, and Ponderous Kusi scored for Berekum Chelsea as they recorded their second win of the tournament, progressing to the semi-finals.

It was the second loss for Hearts of Oak, who fielded a young side for this tournament, as they were booted out of the tournament.

Berekum Chelsea, who fielded a strong side for the match, had a slow start to the game with Hearts on the front foot.

Seidu Sherif and Anthony Quayson had opportunities to put Hearts ahead with half an hour played, but Berekum Chelsea goalkeeper George Sekyere pulled off some brilliant saves to keep the scores level.

Afriyie struck Berekum Chelsea in front in first-half added time with a close-range shot as Referee James Taylor whistled for the end of the first half shortly after the goal.

Kallou doubled the lead for Berekum Chelsea when he delivered a ferocious header past Hearts’ young goalkeeper Benjamin Yeboah in the 47th minute.

Despite being two goals down, the Hearts youngsters pushed further up the pitch in search of a goal to get them back into the game.

But the likes of Zakaria Fuseni and Ansu Henry were excellent in defence for Chelsea as they held on to their two-goal buffer.

Two goals in quick succession from Kusi and Dramani made it four for the “Bibires” who were in cruise control of the game.

It could have been more goals conceded for the Phobians if not for the exploits of their goalkeeper, Benjamin Yeboah, who pulled off some spectacular saves.

The “Bibires” held on to secure a place in the next stage of the competition, having topped the group.