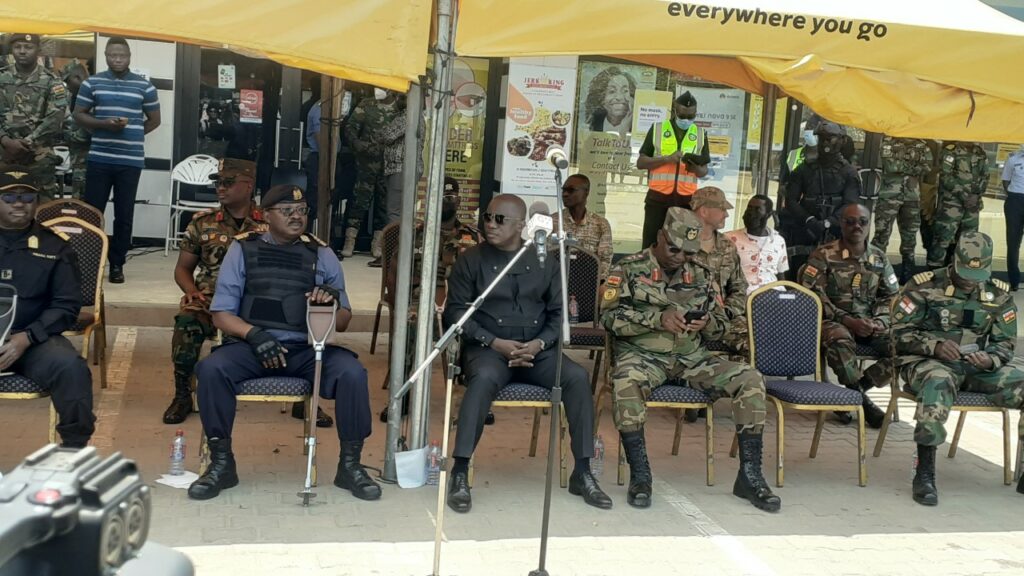 Mr Dominic Nitiwul, the Minister of Defence, has assured Ghanaians of Ghana Armed Forces’ readiness to counter terrorist threats on the state to ensure the safety of the citizenry.

Mr Nitiwul said the Forces was determined to adhere to its constitutional mandate of protecting by land, sea and air as the territorial integrity and sovereignty of the country against internal and external aggression to ensure peace and stability within the sub-region.

The Minister said this on Sunday at a simulation counter-terrorism exercise christened: “Operation Sea Hawk” conducted at the premises of the Nungua Junction Mall by the Ghana Navy.

It was in line with the directives of the Chief of Naval Staff with the National Security agenda of, “See Something, Say Something.”

The “See Something, Say Something” campaign is to educate the citizenry to report any suspicious activities related to terrorism to the security agencies to help deal with the terrorists’ threat in the West African sub-region.

The exercise, “Operation Sea Hawk” scenario entailed an assault by the Special Boat Squadron (SBS), on a meeting involving two organised crime leaders of the ‘Titanic Bombers’ in the mall conference room 50 meters to the left of the VIP stand.

Mr Nitiwul said the aim of the exercise was to test and enhance the operational readiness of the SBS to conduct maritime interdiction operations in contributing to ensuring the security of the country’s maritime space.

The Minister said similar exercise was done by the Army in Tamale as part of the Government’s effort to be ready to curb insurgency within the sub-region.

That, Mr Nitiwul said would be possible with the support of the public by divulging information to the security services on any suspected act of crime or terrorism in the country.

“Curbing terrorism is a shared responsibility. We need the support of the public to achieve the Government’s agenda of ‘See Something, Say Something, ‘he said.

The Government, the Minister emphasised, had re-equipped the Forces to be alert and stand the test of any unforeseen situation in the country in ensuring the safety of all and sundry.

“Government will continue to invest in the security services to ensure a peaceful country. The lives of the individual are important followed by other things,” he added.

Present at the event were Rear Admiral Issah Yakubu, the Chief of Naval Staff, Rear Admiral Seth Amoama, Chief of Defence Staff, and other senior officers of the Forces.