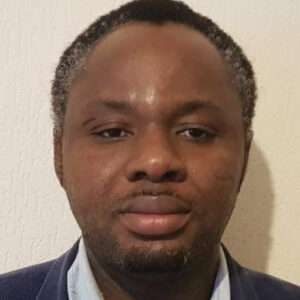 A MIISIM demonstration, a planned march against economic hardship by the Coalition of Progressive Forces in Northern Ghana (COP-Northern Ghana) has been rescheduled for September 3, 2022.

The demonstration, which was initially scheduled for August 20, on the streets of Tamale, had been postponed due to the death of two prominent chiefs of the Dagbon Traditional Area.

MIISIM, to wit “Hard Times” in Dagbani, has been postponed by the organisers to join the people of Dagbon in mourning the death of the Mion-Lana Mahamudu Abdulai and Tug-Yapalsi Naa Alhaji Ibrahim Mobila, whose deaths occurred on August 17 and 16, respectively.

Dr Ishmael Ayanoore, the Vice Chairman of the planning and organising committee, COP-Northern Ghana, announcing the rescheduling of the demonstration at a press conference in Tamale on Friday, said it was postponed to mourn the late chiefs of the Dagbon Kingdom as custom demanded.

It was not right to drum, sing and chant slogans on the streets while the same chiefs and leadership of Tamale, who gave the group the permission to demonstrate, were in a state of mourning, he said.

Dr Ayanoore said the leadership of COP-Northern Ghana, in consultation with stakeholders, decided to move the demonstration two weeks ahead and had duly served the police a postponement letter in compliance with the Public Order ACT, 1994.

He urged members of the public, who supported the initiative, to bear with the new development since circumstances leading to the postponement were beyond the group’s control.

“All committed to this civic duty should know that we are not abandoning the call to bring their voices to the attention of the nation. We are only postponing to respect the customs and traditions of Dagbon, the host of the demonstration,” he said.

Dr Ayanoore called on the public, irrespective of political affiliations, to get their red attires ready to “paint Tamale red” on the set date as a way to extend the plight of Ghanaians to government, adding: “MIISIM wears no party colours.”

“We will all fill the streets of Tamale on 3rd September whether raining or shining. We can no longer sit mute over the starvation and hardship we are all facing. Change must come now.”

He commended sponsors of the group for their support and called on individuals and other organisations, who wished to support the cause, to do so.

Academic curricula must be reconsidered to suit the times – Prof Dodoo