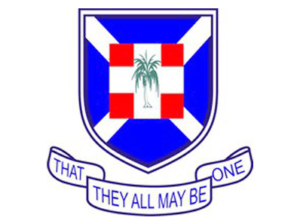 The Presbyterian Church of Ghana (PCG) has granted amnesty to its former ministers of the Church who do not subscribe to the Lesbians Gays Bisexual Transgender Queer (LGBTQ+).

“The General Assembly further tasked the GAC to re-package the proposed amnesty for Ministers under discipline outside those in Decision 5 and to re-submit it to Assembly (Decision 7).”

The Clerk reported that as a result, the General Assembly Council, at its meeting in November 2021, formed an Ad Hoc Committee to handle these decisions and report to the Council as soon as it completes its work.

Rev Dr Odonkor said the Ad Hoc Committee presented a report to the GAC at its meeting in June 2022 for consideration.

He said at the time the Ad Hoc Committee was putting together its report for the attention of the GAC, the Rev. E. K. Sanniez and Rev. Ayeh Addo were yet to submit their completed forms.

The Clerk, however, reported that for the re-packaging of the proposed amnesty for ministers under discipline outside those in Decision 5, the GAC has received the Committee’s proposal and is yet to make a final determination.