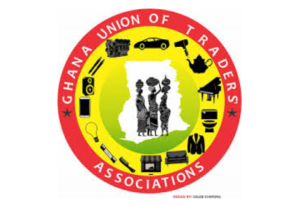 The Ghana Union of Traders Association (GUTA) is cautioning that Ghanaians may buy Christmas goods at much higher prices in December this year.

Goods, including food items like cooking oil, rice, sugar, second-hand clothing, and frozen foods, as well as non-food items such as Christmas trees, ribbons, and balloons for decorations are mostly imported by members of GUTA.

Dr Joseph Obeng, President of the Association, told the Ghana News Agency that if the Government did not address the depreciation of the Cedi immediately, Ghanaians would buy their Christmas goods at expensive prices.

He said: “We would have to bring as much goods as we can, but to tell the truth, our capital itself has dwindled. It means it will also affect the volumes of trade that we do, especially in the last quarter of the year if the trend continues.”

Dr Obeng noted that the working capital of many members of GUTA, the country’s umbrella body of traders (importers and exporters), continued to deplete due to the depreciation of the Cedi against the Dollar amid high interest rates on loans.

The President said that: “It could be recalled that since December 2021 when the dollar was GHS6.4, our working capital has been depleted by 40 per cent. Now that the dollar has reached GHS9, our worst fear is that we are now going to make Christmas orders from our suppliers, which may aggravate the situation.”

He said that the import business had become “gloomy and pathetic” as the multinationals have taken over, and their efforts to start looking for goods to export to support the economy had not yielded the expected result.

He, therefore, called on the Government to amend the country’s investment law on foreign retail trade and wholesale to make the multinationals deposit their capital fund in Ghana for transfers.

“We believe that the government should have full control of management of our national resources as well as the capability to solve this problem in the shortest possible time,” Dr Obeng, said.

Inflationary pressures and other factors have compounded the economic hardship in Ghana whose economy was once described by the International Monetary Fund (IMF) as the fastest growing economy in sub-Saharan Africa.

This has made the Government to initiate discussions with the IMF to support Ghana’s homegrown economic programme to restore macroeconomic stability, anchor debt sustainability, and promote inclusive and sustainable growth.

Meanwhile, the President Nana Addo Dankwa Akufo-Addo had said that the Government was determined to work hard to turn the economy around.

The President said that with the measures put in place by the Government: “I am confident that we will revive and revitalise the economy and put our nation back on the path of rapid economic growth.”