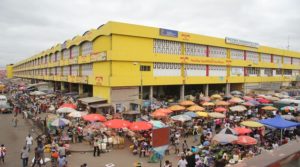 Days after Standard and Poor’s downgraded Ghana to junk status, another ratings agency, Fitch has downgraded the country from B- to CCC. Fitch doesn’t typically assign outlooks to sovereigns with a rating of CCC+ or below. A Fitch CCC rating is junk.

According to Fitch, the downgrade reflects deterioration of Ghana’s public finances, which has contributed to a prolonged lack of access to Eurobond markets, in turn leading to a significant decline in external liquidity.

“In the absence of new external financing sources, international reserves will fall close to two months of current external payments (debits in the current account) by end-2022,” it said.

Fitch notes that while the government has requested support from the International Monetary Fund (IMF), which is likely to lead to additional financing from the IMF and other multilateral lenders, the government’s high interest costs and structurally low revenue as a percentage of GDP have increased the likelihood that IMF support would necessitate some form of debt treatment, it said, adding that, although this is not its main scenario.

“The high interest burden on local-currency debt also means that the inclusion of a domestic debt treatment cannot be ruled out,” Fitch indicated.

Fitch believes that a deal with the IMF is likely within the next six months, and estimates that a programme could disburse as much as $3 billion and unlock budget support from other multilateral lenders.

“However, the timing of such a deal is uncertain and would be dependent on the government’s ability to present a credible fiscal reform plan in line with increasing government revenue and improving debt affordability metrics. The most recent IMF debt sustainability analysis, conducted in 2021, found Ghana at a high risk of debt distress and vulnerable to shocks from market access and high debt servicing costs,”it added.

The credit rating agency estimates among other factors, that the country faces $2.75 billion of external debt servicing in 2022, including amortisation and interest, and $2.8 billion in 2023, adding that Ghana’s access to external financing will remain tight, as the country is likely to remain locked out of Eurobond markets, which had come to be a regular source of external financing for the government.

“In 2022, we expect that the government will meet its external debt obligations, in part, through a combination of a $750 million term loan from the African Export-Import Bank (BBB), $250 million in syndicated loans from international commercial banks, and up to $200 million from the government’s sinking fund. The 2022 mid-year policy review indicates that the government expects to source the rest from the IMF and other multilateral lenders. In the absence of an approved programme by the end of the year, the government would have to draw more heavily on its international reserves, which were $7.6 billion, including oil funds and encumbered assets, as of June 2022,” Fitch said.