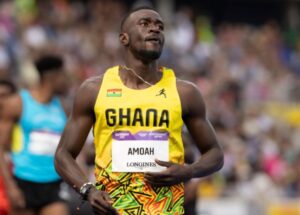 Team Ghana won a total of two silver and three bronze medals at the 2022 Commonwealth Games held in Birmingham.

Abraham Mensah, a product of the Out Boxing Gym in Accra, grabbed a silver medal in the bantamweight division.

The Ghanaian boxing prodigy lost against Northern Ireland’s James Eagleson 5-0 on points in the finals, and therefore settled for a silver medal.

Joseph Commey, who was scheduled to fight Jude Gallegher in the finals, could not honour the bout due to illness.

He was forced to forfeit the final bout in the men’s featherweight (54-57KG), as he took home the silver medal.

Experienced boxer Abdul Wahid Omar, on the other hand, grabbed a bronze medal despite losing in the semi-finals against Mauritius boxer Richamo Collins.

On the track, Joseph Paul Amoah won a bronze medal for Ghana in the 200 meters after clocking 20.49s.

It was the first medal in the 200 meters since George Daniels won silver for Ghana at the 1974 Commonwealth Games in Christchurch, New Zealand.

Acquah, coming into this year’s games, had a personal best of 6.37 meters, but improved on her performance, grabbing Ghana’s third bronze medal at this year’s Commonwealth Games.

The closing ceremony of this year’s games would take place on Monday, August 8, 2022, at the Alexander Stadium.