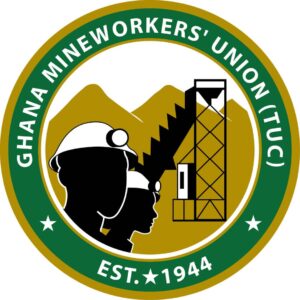 The Ghana Mineworkers Union has called on the Police Service to expedite action on the investigation of a missing security officer deployed at the site real gate, an exit point to ‘mine take area’ in Newmont Ahafo Mine on July 27, 2022.

“We want to strongly urge the government to as a matter of urgency deploy the needed logistics to assist in the efforts of the team currently searching for our colleague’s whereabouts,” Mr Abdul-Moomin Gbana, General Secretary, GMWU said in a statement to the Ghana News Agency.

The statement said, “At around 1830 hours, the Security Officer employed by a third-party contractor named Protea Coin Ghana, asked permission from his supervisors to attend to nature’s call in a nearby bush because the toilet facility at his post and many of the security posts around Newmont Ahafo Mine have been out of use for months despite persistent complaints from the security guards to Newmont Ghana officers at the site.”

“As we speak, the security personnel of Protea Coin Ghana together with the Ghana Police Service and some community members have been searching frantically, but the whereabouts of the security worker is still not known,” it added.

In a related development, the statement said, two other security guards deployed at the Company’s Apensu de-watering pond were also abducted around 12 midnight by six fully armed men with four guns and two machetes, took them hostage, manhandled and molested them and subsequently abandoned them somewhere in the bush.

The statement said the security officers were later found with their hands tied at their backs, adding that barely a year ago, a number of the Union’s valued members in Protea Coin witnessed very horrendous incidents viz; Robert Coffie and Joshua Oppong were attacked and shot which led to Joshua losing one eye whilst Robert sustained multiple injuries on the Newmont Ahafo site.

Again, on the same Newmont Ahafo site, Daniel Owusu Sekyere and Mathew Nsoah, both members of the Union, were also attacked with guns and cutlasses which led to Daniel sustaining multiple fractures on one leg whilst Mathew sustained several cutlass wounds on the head. L

The statement called on the Government through the Minister of Employment and Labour Relations to cause the full enforcement of Part 16 (Labour Inspection) of the Labour Act 2003 (Act 651).

That, it said, would enable actors within the industrial relations space to realize the full benefit of labour inspection in the country and forestall any future occurrence and safeguard and protect the collective interest of all the actors.