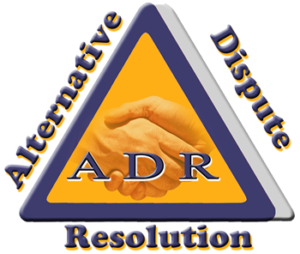 Out of the 527 disputes reported at the Ashaiman Central Alternative Dispute Resolution Center (ACADRC) in the Ashaiman Municipality of the Greater Accra Region between January and June 2022, 201 were rent and tenancy-related cases.

Out of the total number of disputes, the center was able to mutually resolve 480 cases with 47 currently ongoing.

Speaking to the GNA-Tema on the data, Ms. Justina Ativor, a Court Connected Alternative Dispute Resolution Mediator at the ACADRC on the sidelines of a study visit by criminal law students from the California State University, Sacramento, expressed worry over the high incidence of tenancy conflicts between landlords and tenants.

Ms Ativor attributed the main causes to the lack of appreciation of laws and regulations governing rent and its related activities as landlords and tenants were ignorant of the country’s rent laws.

According to the Mediator, some landlords collected more than the legally required six-month rent advance while some tenants also failed to pay the required rents on a regular basis.

She noted that some tenants owed rents between one month and three years while other charges either by a landlord or a tenant border on the non-payment of utility bills, lack of maintenance, and creating a nuisance.

She said there was the need for tenants to be abreast with laws as well as transparency and consensus with both parties in rules and regulations enshrined in the tenancy agreements to help mitigate the alarming trend.

She explained that most tenants found it difficult to pay their rent due to loss of jobs while others complained of undue rent increments.

She said the poor infrastructure and lack of logistical support for the center had not discouraged the mediators from serving the municipality as it was reducing burden on the court.

“Even though we are handicapped, it has not affected our work because we are determined to help the community and also enhance justice delivery for national development,” she said.

She appealed to the public, the Ashaiman Municipal Assembly, and all private organizations for support to enable the center to deliver on its mandate of enhancing community mediation.

She also called for the patronization of the ADR adding that it saves time, energy, stress, and other resources.