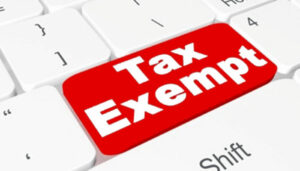 The Parliament of Ghana has approved an amount of €14.7 million as tax waiver on materials and equipment to be imported for the reconstruction of the two road projects in the Western and Bono regions.

These roads are the Bechem-Techmantia-Akumandan road (40.4km) and the Tarkwa-Agona Nkwanta road (66km) by Messrs Gabriel Cuoto-Rango Consortium.

It would be recalled Parliament on July 29 and July 30, 2020 respectively approved the loan facility agreement between the Government of Ghana (GoG) and the Deutsche Bank, AG for an amount of €147.5 for the reconstruction of the Bechem-Techmantia-Akumandan (40.4km) and the Tarkwa-Agona Nkwanta (66km) road projects.

The Design-Build Contract between the GoG and the Messrs Gabriel Cuoto-Rango Consortium comprise of €50 million for the implementation of the reconstruction of the Bechem-Techmantia-Akumandan road (40.4km) and €95 million for the Tarkwa-Agona Nkwanta (66km) project.

Mr Kwaku Kwarteng, Chairman of the Finance Committee who represented the Committees report stated that the completion of the two projects would contribute significantly towards improving travel time and bring relief to commuters and communities along the project areas.

He said project would also facilitate the movement of agricultural products from production centres to market centres.

Dr Cassiel Ato Forson, Ranking Member on the Finance Committee in seconding the motion stated that though the Tax Exemption Bill had been passed by Parliament and when assented to would limit the number of tax waivers that could be given to companies.

He however argued that currently there were some contracts that the Government of Ghana must respect it has to grant tax exemption.

“It is the believe of the Committee we should grant further some of these agreements to clear them out of the way so that those that would come after the Tax Exemption law would have to compile strictly with the new rules” he added.