July 13, 2022 Africa/International Comments Off on MIT Scientists explore use of Space Bubbles to protect earth from harmful radiation 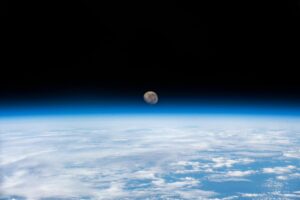 A group of scientists at the Massachusetts Institute of Technology (MIT) has proposed the use of ‘Space Bubbles’ to cover and protect the earth from the sun’s harmful radiation to ease climate change.

According to the scientists, a raft of thin-film silicon bubbles deployed from Earth into outer space and stretching to the size of Brazil could potentially block the Sun’s solar radiation from further warming the earth.

The scientists comprise a multidisciplinary team of architects, civil and mechanical engineers, physicists and material scientists, who have worked on the technical and social aspects of a project aimed at finding a “non-Earth-bound” solution to climate change.

The researchers are building on the work of Roger Angel, who first proposed using thin reflective films in outer space.

The Project is part of a solar – geoengineering approach — a set of technologies aiming to reflect a fraction of sunlight coming to the Earth — to contest climate change.

In a statement, the scientists said unlike other Earth–based geoengineering efforts, such as dissolving gases in the stratosphere for increasing its albedo effect, the proposed method would not interfere directly with the biosphere and therefore would pose less risk to alter “our already fragile ecosystems.”

The scientists make a case that the bubbles can fully reverse today’s global warming if the raft of bubbles can deflect 1.8 per cent of incident solar radiation before it hits Earth.

The Group said the bubbles could be manufactured directly in outer space, forming an extensive deflective raft positioned at the Lagrangian Point between the Earth and the Sun.

“We believe that inflating thin-film spheres directly in space from a homogenous molten material- such as silicon- can provide the variation thickness that refracts a broader wave spectrum and allow us to avoid the necessity of launching large structural film elements,” the Group said.

The temperature of the earth continues to rise as a result of human activity, and the impact of climate change on countries is evident in the rampant cases of droughts, sea level rise and mass extinction of species.

Scientists have blamed the rapid climate change being experienced today on the persistent use of oil, gas and coal for homes, factories and transport.

The burning of these fossil fuels releases greenhouse gases (mostly carbon dioxide (CO2), which traps the Sun’s heat and causes the planet’s temperature to rise.

According to scientists, the world is now about 1.2ºC warmer than it was in the 19th Century – and the amount of CO2 in the atmosphere has risen by 50 per cent.

The latest Intergovernmental Panel on Climate Change (IPCC) has warned that the world is set to reach the 1.5ºC level within the next two decades and only the most drastic cuts in carbon emissions from now would help prevent an environmental disaster.

The IPCC warned that global temperatures would rise by more than 4ºC by the end of the century if drastic action was not taken to reduce carbon emissions.