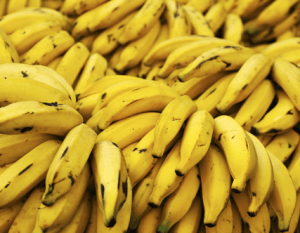 The government says it is confident of closing the balance of payment deficit as Ghana’s Non-Traditional Export (NTE) records a revenue increase of 17 per cent in 2021.

Non-Traditional Export revenue increased from $2.8 billion in 2020 to $3.3 billion in 2021, which the Information Minister said was a sign that the country would gradually close the deficit.

Data provided by the Bank of Ghana and Ministry of Finance showed that the balance of payment deficit (the difference between export and import earnings) stood at $926.1 million (1.3 per cent of Gross Domestic Product – GDP).

The deficit, which was because the country’s export earnings was far lower than import earnings, had made Ghana invite the International Monetary Fund (IMF) for a plan to support its economic recovery.

Mr Kojo Oppong Nkrumah, Minister of Information, at the launch of the analysis of the 2021 NTE statistics in Accra said the growth in the 2021 NTE showed that the country would gradually close the deficit gap.

He noted that the effort to increase particularly NTE had become more important now because of the conversation around Ghana asking the IMF for balance of payment support programme.

Mr Oppong Nkrumah said: “In the end if we’re able to keep up on this trajectory and keep improving non-traditional export then we’ll be in the position where no matter what is happening in the global economy, we’ll still have a dominant export position and not require a lot of help.”

The Minister, therefore, called on the Ghana Export Promotion Authority (GEPA) to double up efforts to enhance total export, balance of trade, and balance of payment.

Mr Herbert Krapah, Deputy Minister of Trade and Industry (MoTI), said that Government programmes like the One District-One Factory (1D1F), domestic retail infrastructure, and SME development were all aimed at increasing export earnings.

He noted that export earnings could have positive impact on the exchange rate, inflation and overall performance of the economy, which was the reason the Ministry was in support of activities of GEPA.

Mr Krapah noted that the Ministry and GEPA could not drive the goal of increasing NTE revenue to $25.3 billion, as such, there was the need for enhanced institutional collaboration.

“The launch of this report allows us to come to the table again to assess the level of participation and collaboration between agencies and how we further deepen that collaboration,” the Deputy Minister said.

Speaking at the launch of the report, Dr Afua Asabea Asare, Chief Executive Officer (CEO) of GEPA, attributed the growth in NTE to demand for major processed/semi-processed products.

Other things that drove the growth were expansions and optimum running of installed capacities of some major companies, and the export of products by some One District-One Factory (1D1F) companies.

There was also adherence to the protocols of the Economic Community of West African States (ECOWAS) Trade Liberalisation Scheme (ETLs), as well as trade facilitation efforts of the Ghana Export Promotion Authority (GEPA) and MoTI.

She lauded Ghanaian exporters for the NTE performance in 2021, nothing that they worked hard to increase NTE export.

She said the Authority would leverage opportunities presented by the African Continental Free Trade Area (AfCFTA) to increase export to other African countries, which was currently low, compared to European Union and Asian countries.