June 29, 2022 General News Comments Off on Recidivists said to be exerting influences on first offender-inmates 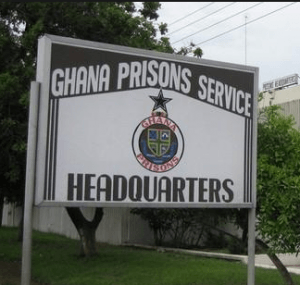 Recidivists at the Sunyani Central Prisons are exerting influence on inmates convicted for minor offences and first offenders, Superintendent Stephen Nti, an officer in-charge of records at the Prisons has said.

This is because the inmates with minor offences were mixed up and accommodated in the same cell blocks with the hardened criminals including rapists, armed robbers and other criminals serving their sentences for committing first degree felonies.

Supt. Nti said the situation was worrying because instead of reformation, some inmates become hardened after serving their sentences and released, went back to commit more serious crimes, and returned to the prisons.

As a reformation facility, the Prison Officer therefore underlined the need to improve conditions at the central prison and create separate cell blocks to contain inmates with minor offences and the hardened criminals.

Supt. Nti was speaking in an interview with the Ghana News Agency (GNA) on the side-lines of stakeholders’ forum on the United States Agency for International Support Development (USAID) Justice Support Activity (JSA) of the Ghana Case Tracking System (CTS) held in Sunyani.

The Commonwealth Human Rights Initiative (CHRI), a non-governmental organisation organised the forum to sensitize the participants on the CTS and the nation’s justice delivery system.

It was attended by representatives from the justice sector institutions including Commission on Human Rights and Administrative Justice (CHRA), Legal Aid Commission (LAC), the Police and Prison Service and civil society organisations and actors.

The CTS is integrated software that tracks criminal cases in the justice delivery system from inception until their disposition. Launched in the country in 2018, the CHRI with support from its local partners is implementing the System being funded by the USAID.

Supt. Nti noted the Central Prison was confronted with myriads of challenges, including overcrowding, thereby impeding efforts of reforming inmates, saying the Central Prison which was constructed to contain between 400 and 450 inmates now contained more than 900 inmates.

He said records showed that between January and March this year, 238 suspects were convicted and brought to prisons, while only 111 inmates were released for ending their sentences and the figure excluded those on remand.

“These figures show that the challenge of overcrowding continues unabated, and something has to be done to expand the prison,” Supt. Nti indicated.

He said the GhC1.80 feeding fee for inmates daily was woefully inadequate and appealed to the government to increase the feeding fee.