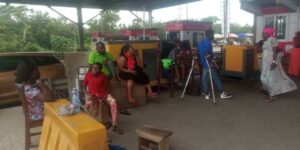 The government is currently engaging with Toll and Route Management Limited to develop other employment modules for the re-engagement of toll workers, Mr Bright Wireko-Brobbey, the Deputy Minister of Employment and Labour Relations, has announced.

He said as part of plans to restore the workers and cushion them, the government paid their salaries for the remaining time on their contracts that is November and December 2021.

Mr Wireko-Brobbey told Parliament in Accra, on Friday when he appeared to answer a question asked by Mr Kwadjo Asante, Member of Parliament of Suhum, on the plans put in place to reinstate Ghanaians who lost their jobs as a result of the cessation of the road tolls.

He said the time of the suspension of toll collection, a total of 784 toll workers were engaged by the Ghana Highway Authority (GHA) and Toll Route Management Limited, a private company under a contract that was set to expire in December 2021.

“Mr Speaker, out of the 784 contract workers, 517 of them were engaged by the Toll and Route Management Limited, and 214 workers by the GHA.

“The collection of road and bridge tolls were carried out by the GHA using workers engaged in six months renewable contracts. In some instances, the GHA use private entities in the engagement of some of the contract workers to carry out the collection of tolls on behalf of the authority,” he said.