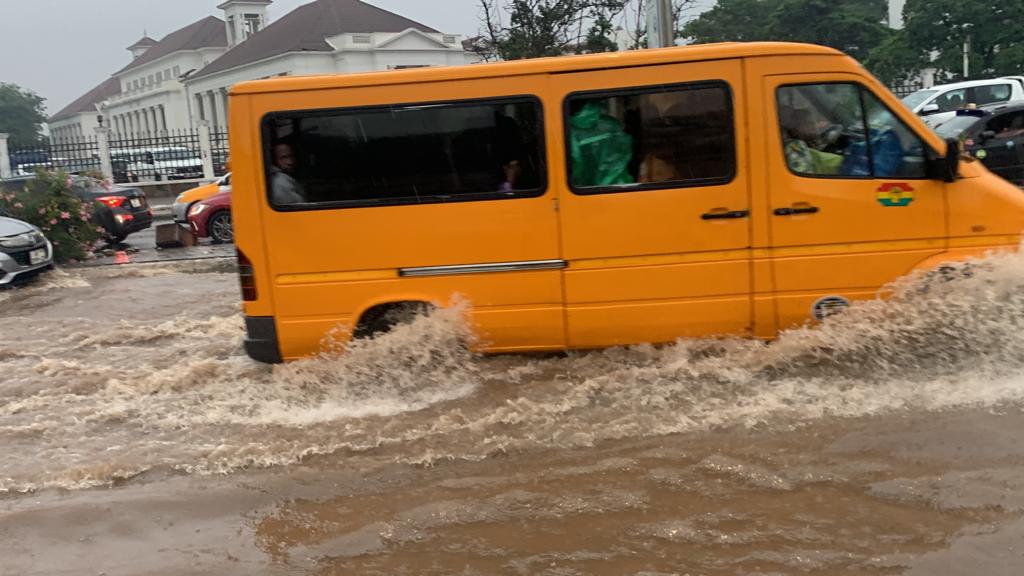 Some principal streets in Accra got flooded after Wednesday morning’s downpour, halting vehicular and human movements for hours.

The situation became scary and caused the Ablekuma Central Municipal Assembly to move in to sensitise residents on ways of preventing and controlling floods amid the rains.

The downpour, which lasted for about seven hours, caused the road in front of Takoradi Station at Kaneshie to flood.

The scene prevented vehicles and commuters from moving as people, mainly traders, were seen running for cover, a few, carrying some wares.

Similarly, some inner streets at Abossey Okine were also flooded, with some vehicles grounded and a few spare parts carried away by floodwaters.

Some houses at Mamprobi were also flooded with some people seeking shelter with relatives on storey buildings and higher ground.

Also at Jamestown, pockets of the floodwaters took over some streets, including the main street opposite the entrance of the Ghana Fire Service Training School.

The frontage of the Kwame Nkrumah Mausoleum on the Atta Mills High Street was also flooded.

During their flood prevention and control campaign, which coincided with the downpour, she told the Ghana News Agency, that they had started the exercise two months ago and that the Assembly would soon prosecute offenders of the sanitation law.

Madam Kwadey said though the Assembly was working on the drainage system, there was the need for residents to change their attitude towards refuse management.