Communities in Cape Coast reduced to streams after Wednesday downpour 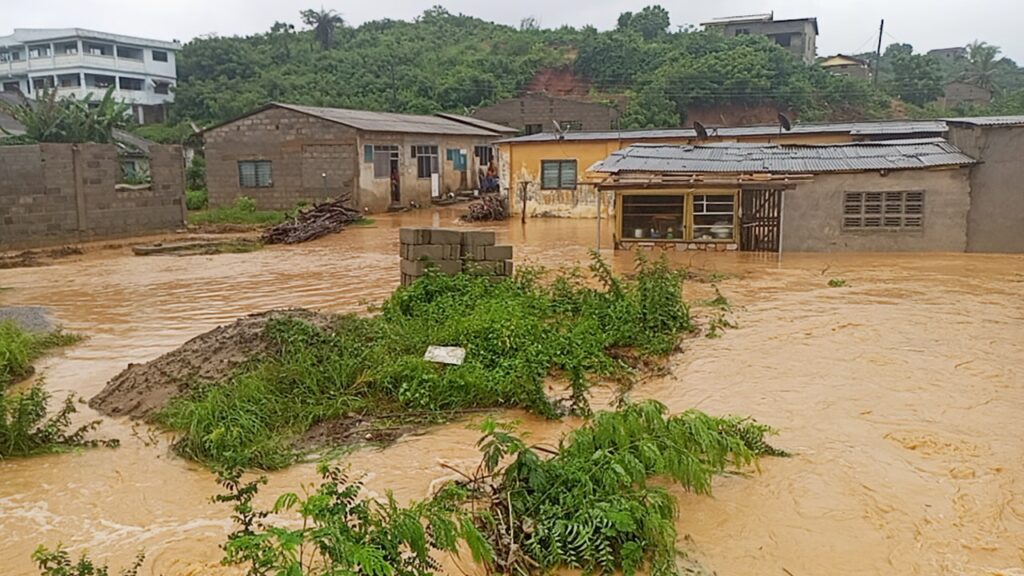 Many communities within the Cape Coast Metropolis have been submerged after more than seven hours of heavy downpour on Wednesday.

Affected areas include Ekon, Tantri, Abura, the Ghana National College School, Kwaprow, Amamoma, Brofoyedru, Menyamenwu and parts of Pedu, displacing many residents from their homes and keeping others hostage. 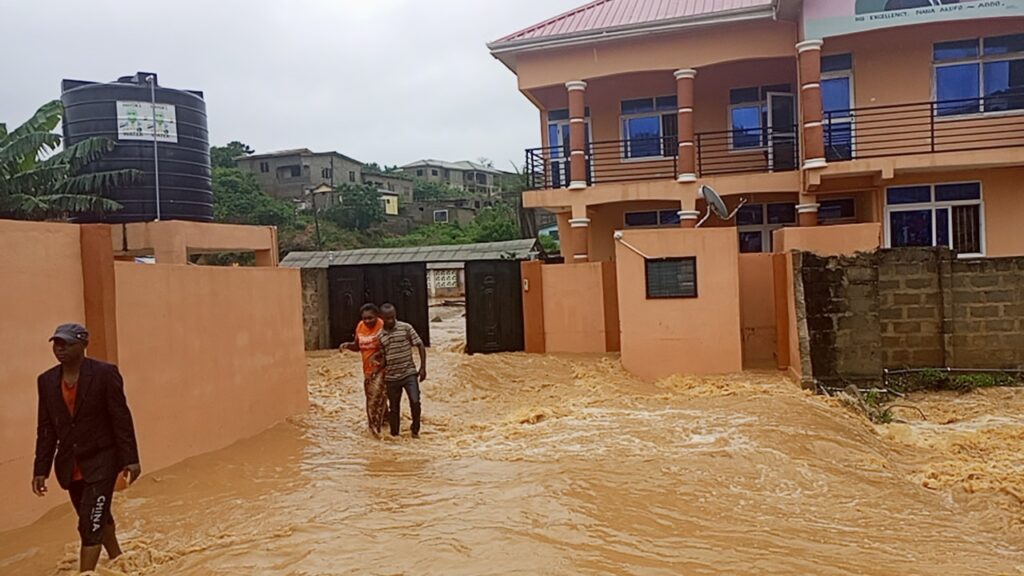 The rains which set in around 08:50hrs, accompanied by thunderstorms, also affected the private residence of Mr Ernest Arthur, the Metropolitan Chief Executive, pulling down portions of his fence wall.

Storms accompanying the rain brought down a tree along the road leading to the Regional Coordinating Council which missed some schoolchildren by a whisker and temporarily blocked the road.

The tree has since been cleared.

Some major and access roads leading to various communities and facilities such as clinics have also been reduced to streams, making it difficult for residents to access their homes.

No injuries or casualties have been recorded yet, but the danger posed by overflown, uncovered gutters to residents and commuters is real. 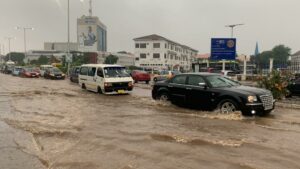 The Regional Police Command has deployed a team of officers to offer support to personnel of the Ghana National Fire Service (GNFS) and the National Disaster Management Organisation (NADMO) who have been making frantic efforts since morning to save the situation.

Four organizations in Ghana get €400,000 grants to undertake migration activities