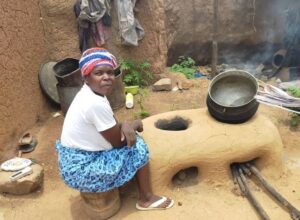 The Catholic Relief Services (CRS), an international non-governmental organisation, has introduced energy efficient Cook Rockets Stoves, known as the Ecological Stoves, to residents of the Mion District in the Northern Region.

The fuel-efficient stoves were introduced as part of the Regreening Africa project to enhance environmental protection.

It was funded by the European Union through the World Agroforestry Centre in Kenya, with support from the Empowerment through Innovation Project.

Mr Philip Atiim, the Project Manager of Regreening Africa, told the Ghana News Agency (GNA) that its focus was to reduce the use of fuel wood for cooking as a means of checking the fast deforestation situation effects.

He said it was also to reduce the time spent on cooking as a labour saving mechanism for women and girls, who were an integral part of the agriculture workforce in rural communities.

“Another motivation for the stove is to militate against health hazards, such as smoke inhalation, burns to the body and fire outbreak that are associated with the use of the traditional cook stoves that have naked flame.”

He said the Eco Rocket Stoves were not expensive, were lightweight, used less firewood, easy to maintain and to use.

The project recorded about 80 per cent adoption rate in the first batch of beneficiary communities in the district as most of the women found the stove to be comparatively economical, Mr Atiim said.

As part of the project, the women were trained on the construction and use of the rocket stoves.

The GNA visited the Mion District to interact with the beneficiaries, who confirmed that the eco-friendly stoves cooked faster and needed less firewood, which was economical.

She was particularly impressed that with the two burners and same amount of fuel wood, one could cook two different dishes at the same time.