May 18, 2022 General News Comments Off on IEA proposes hike in Monetary Policy Rate to 19% 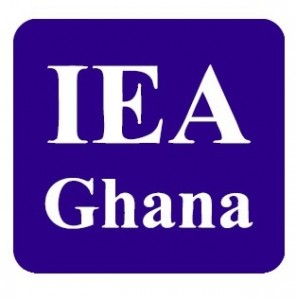 The proposed increment will be a 200-basis rise in the current policy rate of 17 percent, and comes as the Committee prepares to announce its decision on the MPR on Monday, May 23.

The MPR, the rate at which the Central Bank borrows to commercial banks, is also an Inflation Targeting (IT) tool to control the increase in the prices of goods and services.

There was a 250 basis points increase in the MPR two months ago from 14.5 percent to 17 percent, but, Dr John Kwabena Kwakye, Director of Research at IEA, noted that it had not fully exerted its impact on the inflationary pressures.

He explained that increasing the policy rate by additional 200 basis could make credit exorbitantly costly and put renewed pressure on the Cedi.

However, such increment, together with increased food production and storage, subsidising public transport fares, and keeping strategic oil reserves, would help close the wide gap between the current policy rate of 17 percent and inflation, 23.6 percent.

It would also reduce the aggregate demand in the economy and ease the risk of foreign currency outflows, provide some assurance to the markets that the BoG is committed to addressing the resurging inflation.

Dr Kwakye, has, therefore, urged the Central Bank to buttress any decision to increase the MPR with an effective communication strategy to make its intentions clear so that the Bank can rally the markets behind the decision.

He said that the Inflation Targeting framework may be relevant in dealing with second-round inflationary effects of initial supply or cost shocks, and that a strict reliance on the framework alone would not provide a lasting solution to Ghana’s inflationary challenges.

“That is the reason why there is a need for a comprehensive approach that includes direct targeting of the supply or cost elements,” he said.

Additionally, the Bulk Oil Storage and Transportation Company (BOST) – the state agency that manages the business of storage and transmission of fuel, should maintain strategic oil reserves that could be released to cushion pump prices in the midst of shocks.

There should also be a deliberate effort to increase food production and ensure storage and preservation of excess produce, especially during the peak seasons so that buffer stocks may be released to cushion prices amidst shocks and during the lean seasons.

All these, he noted would help curtail the inflationary pressures and lessen the plight of Ghanaians in the current economic hardship.

In April, Ghana recorded inflation of 23.6 percent, the highest in 18 years and the 11th consecutive monthly increase.

This has resulted in the cost of living rising sharply across the country, with the prices of goods and services experiencing high increases.

The Central Bank attributed the situation to the global economy entering a period of profound uncertainty and fragility, in addition to disruption of global supply chains by the COVID-19 pandemic.

Dr Ernest Addison, Governor, BoG, at the last MPC update, said the uncertainty surrounding price developments, including petroleum price adjustments and transportation costs, and exchange rate depreciation, and its impact on economic activities were weighing down business and consumer confidence.