May 9, 2022 General News Comments Off on GPRTU to regularise new transport fares with government 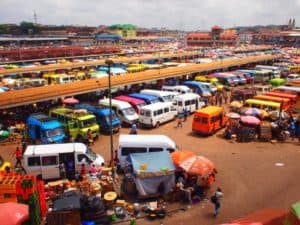 The Ghana Private Road Transport Union (GPRTU) says it will regularise the 20 per cent increment in transport fares with the Government.

The Union said unlike previous increments, the new fare was arrived at without any negotiation with the Government.

Mr Richard Yaw Amankwah, Deputy General Secretary in Charge of Operations, GPRTU, told the Ghana News Agency that the Union had arranged several meetings with the Minister of Transport to discuss the increment rate but none of the meetings were honoured.

“Anytime we went there, we were told that the Minister was not around. But our members are suffering so we had to take a decision to increase it.

“So there were no negotiations with the Government. We hope to meet the Minister to regularise it soon,” he said.

He said the 20 per cent increment was due to the “astronomical increase” in fuel prices as we all as other components, including spare parts and lubricants.

“We have about seven components that determine our prices and everything has gone up. Our members are suffering,” he stressed.

Meanwhile, the GNA has gathered that some transport operators in some parts of Accra, including Madina, Lapaz, and Circle commenced the implementation of the new fares on Monday, May 08, 2022.

Mr Amankwah described the development as unfortunate, saying that the Union communicated to its members at a meeting last Thursday to calculate the percentage increase and commence the implementation of the new fare on Tuesday, May 10, 2022.

“We have received those reports so we have ordered them to stop and start tomorrow,” he said.

At the end of its last negotiations with the Government in February this year, which culminated in the last 15 per cent increment in transport fares, the GPRTU communicated that it had reached an agreement with the Government to adjust the fares upwards anytime fuel prices went up by 10 per cent or more.

“Per our calculations, we should have increased the fares by 30 per cent. But we also understand the plight of Ghanaians.” Mr Amankwah said.