April 11, 2022 Editorials/Opinion Comments Off on Niger must cease the unjust persecution of investigative journalist Moussa Aksar

Journalism is no crime. Effectively, the work of journalists has been shown to have lighted the dark paths of nations, guided the steps of peoples and brought justice to the oppressed. It is therefore, depressing as one follows the constant persecution of one of Niger and Africa’s remarkable journalists, Moussa Aksar in his own country.

Aksar is very well known in the anti-corruption community. He has stood tall among his peers in the investigative journalism community across the globe, and his commitment to the truth, human rights, justice and the fight for a fair and just society is well documented.

However, the country he deeply loves and serves, Niger, appears to have persistently persecuted him for fulfilling his constitutional obligations as a journalist.

Aksar has been in the forefront of exposing grand corruption in Niger, one of Africa’s rich but impoverished countries.

Two years ago, Aksar was part of the global investigative journalism collaboration known as FinCEN Files – the investigation was the result of leaked suspicious activity reports of banks across the world. His story in the collaboration uncovered the name of people close to the ruling government who have been identified in investigations of questionable financial deals in the Ministry of Defence of Niger. Aksar’s story confirmed the misappropriation of CFA71.8 billion by senior Nigerien military officials and people close to the government in a dubious deal to acquire military equipment at a time Niger was faced with terrorist attacks.

In another instance, Aksar and another journalist were put before court for sharing an article by an international organisation that reported terrorist attacks in Niger.

The constant legal harassment of Aksar is nothing but persecutions against him for his journalism, clear attempts to silence a critical voice.

Learning from the TB Pandemic 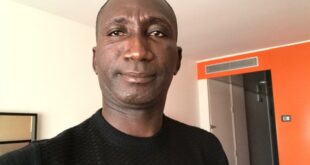 Africa is arguably one of the richest continents in the world. Endowed with precious minerals …