This article was first published in the Ashanti Independent, a sister paper of The Independent in May 1995 with the title, ‘The man JJ Rawlings: Yesterday and today’. The newspaper doesn’t exist anymore.

The article has been slightly edited, and it is meant to only be a peek into the life of the man Rawlings.

On June 4, 1979 a young Flight Lieutenant in the Air Force of Ghana, broke all bounds of military discipline and stormed the airwaves announcing a military take-over of the reins of government in Ghana. Rawlings was only 32 years old.

He did so with the help of a handful of soldiers most of them junior officers who were most probably spurred by communist and Machiavellian philosophies of a just society. And when they did, only few Ghanaians were surprised by the violent take-over of power because the country, then under a military regime was literally grinding to a halt, even though, the military adventurists in power were almost at the verge of organizing an election to hand over power to a civilian government.

Under the leadership of General F. W. K. Akuffo, the economy was in a mess, there was so much rot and indiscipline in the army and corruption was suffocating the national conscience.  The arrogance of power and sheer political buffoonery held sway. Gen. Akuffo who was Army Commander, had been appointed a Member of the Supreme Military Council (SMC). He then toppled Gen. Kutu Acheampong, the Head of State and Chairman of the SMC, in a palace coup and held him under house arrest.

Jerry John Rawlings, who burst into the scene, had already made some waves following his failed attempt to seize power on May 15, 1979. But the attempt failed, and he was arrested together with some junior officers who supported him. 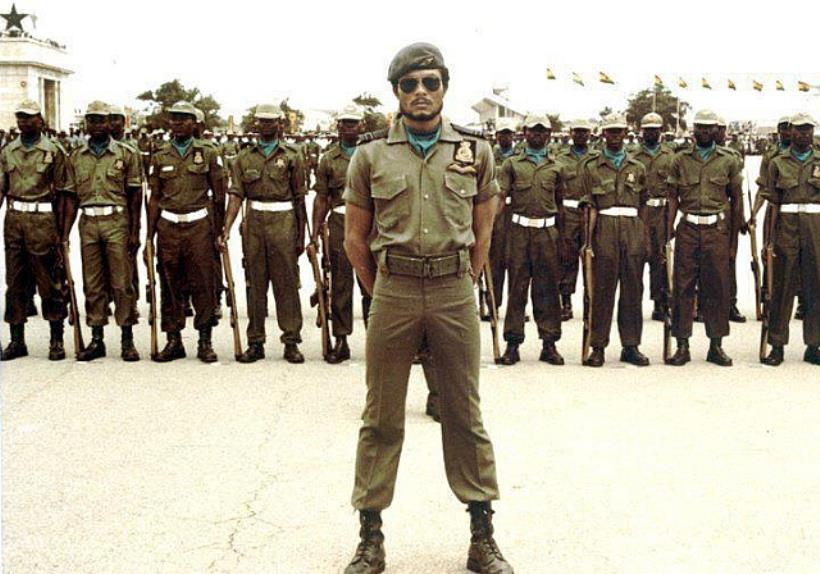 And the acceptance of Rawlings by the people during his trial after the May 15 abortive putsch won him many admirers and therefore, paving the way for his acceptance after June 4.

His name, J. J. Rawlings, therefore, boomed in every nook and cranny of the country.  He was described and hailed variously as “saviour”, “Junior Jesus”, “messiah” and some called him charismatic – indeed he was charismatic and knew how to move the ordinary people.

However, a careful look at Ghana’s political history and development on hindsight following his entry into the body-politic through force, underscores the overwhelming curiosity of many Ghanaians who want to know the exact part he played in Ghana’s socio-economic symphony orchestra and whether that role has had any lasting economic achievement, social cohesion and overall national progress.

The respected German Professor of Communication, Michael Kunczik postulates that, “developing countries find themselves almost constantly in a crisis situation. Part of the general public in these countries are striving for better living conditions.”

And that was exactly what the condition on the ground when Rawlings stormed the political stage. A large number of Ghanaians were wallowing at the brink of poverty, and they were being strangulated by high cost of living while a few elites and those connected with the usurpers were living well.

Rawlings struck the right chord that resonated with the majority of the people. He played the populist tune and it caught on so well that it earned him the accolade – charismatic man of the people. With this belief, the truism was set to stand the test of time, and again would be gauged with yet another view by Kunczik that, “charisma is no gift in the sense of being a specific personal quality, but is rather from the angle of the followers of the leader, an effective yielding, conditioned by the historic situation.” Moreover, since charisma is a faith that is projected on a leader-figure, as if this leader was endowed with charisma, the conditions prevailing at the time, quite easily created the platform for Rawlings to be called charismatic.

Rawlings handed over power to a civilian government, headed by Dr. Hilla Limann after elections in 1979. But he took over power from the administration in another coup and hung on to power from 1981 to 1992 as a military leader.

He later transformed from a military leader to a politician after constitutional rule was introduced. He stayed in the political arena for another eight years as president after winning two elections of two four-year terms ending in the year 2000.

During this time the population increased, environmental issues came to the fore and had to be grappled with; and the government’s developmental and economic policies were not successful as expected, while some failed completely, largely due to lack of knowledge and a dearth of the political know-how of some members of the Rawlings team to manage the country in those times.

There were also the problems of uncontrollable economic influences like the rising cost of raw materials, oil price explosion and balance of payment challenges. The team that Rawlings worked with appeared to have been overwhelmed by the economic circumstances of the period which exposed their lack of economic skills which led to a fall in the value of the cedi and other factors that stifled economic growth.

Gasping for economic breath under the pressure to deliver the basic needs of the population, Rawlings and his group were compelled to accept the IMF’s policies line hook and sinker no matter how much it chocked them. Even though, Rawlings did not hide his aversion for the Bretton Woods institution.

The stern policies of the IMF appeared to have only benefited Rawlings, his team and their praise singers. And the Ghanaian’s dream of attaining economic respite became a pipe dream.

The Rawlings revolution was however, ruthless and many paid with dear life for what Ghanaians were told was going to be a better life under a man who put his life at stake by taking the risk of staging a coup so he could extricate the poor Ghanaian from the iron fist of the rich so that he would equally distribute the national cake equally. Rawlings openly condemned the presumed opulence and extravagant lifestyles of those he considered rich. He couldn’t imagine that some people could afford to own two toilets in their homes while folks at Nima and other places in the capital queued to use the public toilet. It was unthinkable and unacceptable to him that some Ghanaians could afford to send their children to school abroad as well as own property in Europe and America. 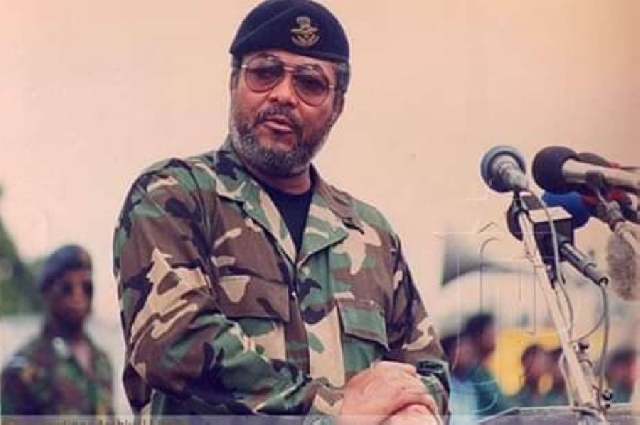 During some twenty years of his rule of the country the trend did not change. The rich became richer and the poor, poorer.  He probably tasted caviar and loved it, and then forgot about the masses.

Rawlings ruled Ghana for some 20 years. And that makes him the longest head of state ever in the history of Ghana. No one would ever equal this record!

He ruled for nearly 12 years as a military leader and another eight years under constitutional rule even though he never believed in the ballot box.

While he is credited for laying the foundation for democratic rule, some of his critics doubt that assertion because they argue that it couldn’t be so because of his open disdain for party political activities and the ballot box.

In whatever light Rawlings is cast, he failed in some of his attempts to make Ghana a better place, and he did succeed in others. The country transformed to constitutional rule, even though the 1992 Constitution has been found to be problematic.

And no matter how Rawlings is viewed either by his admirers or his critics, he would always remain an integral part of Ghana’s history. Additionally, he is very highly regarded by citizens of other African countries who romanticize his time as leader of Ghana, and wish they have similar leaders in their countries. But there are some Ghanaians who were at the receiving end of Rawlings’s high handedness and would always remain pained – and justifiably so, because with time, Rawlings and some of his close associates have been associated with the very acts and lifestyles they condemned and punished.

While alive, some political observers had wished that considering the mixed feelings about him, he would have stayed out of politics, avoid public pronouncements on national issues and keep his views to himself. But he never did, till his last days on earth.

Rawlings died suddenly on November 12, 2020, ending a life that many would continue to see either as the greatest or the worse leader Ghana ever had.

Like Prof. Kunczik said, “in case of a failure the charismatic leader quickly becomes a scapegoat.” And that is why, some are even eager to point to current failures of leadership as vestiges of the Rawlings era.