Veteran actor, Psalm Adjetefio popularly known as TT has passed on at age 55.

According to sources, the actor died in the early hours of Friday morning at his home in Ayikuma in the Greater Accra Region.

The veteran actor is reported to be battling with some heart issues and was pronounced dead on arrival at the hospital.

His body has since been deposited at the mortuary.

Adjetefio’s personal life has been in media circles over the past months after he solicited for funds to settle some bills, something that attracted a huge backlash from many Ghanaians. 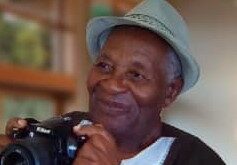