Charging of illegal fees is our biggest headache – NHIA

February 26, 2022 Insurance Comments Off on Charging of illegal fees is our biggest headache – NHIA 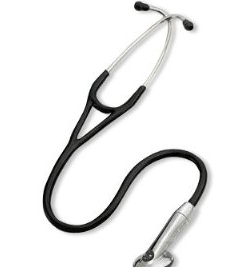 The Upper West Regional Director of the National Health Insurance Authority (NHIA), Mr Samuel Lobber Lekamwe, has described as worrying, illegal charging of fees by subscribers, which remains the biggest challenge facing the authority in the region.

He said the practice discouraged some clients from renewing their membership with the NHIA, which was negatively affecting efforts to mobilise more members.

Mr Lekamwe said this at the Authority’s 2021 end of year performance review meeting held in Wa on Friday.

The meeting aimed, among other things, to chart effective strategies of further improving the performance of the Authority in the region towards sustaining its membership.

The review meeting, which was on the theme: “Sustaining our Gains for Universal Health Coverage –A collective Responsibility,” was also to take stock and review the activities the Authority executed within the year towards a sustained growth in the ensuing year.

“When somebody has the National Health Insurance card and goes to access medical care, he or she is asked to pay additional money, which at the end of the day, the claim is reimbursed by the NHIA.

“This, practice is demoralizing a lot of people and their experiences are not that good enough for them to come for renewal,” Mr Lekamwe explained.

He identified high cost of NHIA medicines, impersonation of some clients by non-clients’ relatives to access medication, creation of polypharmacy at homes with NIHA drugs as some of the challenges that the Authority had to contend with in the region.

He said managers of the NHIA would continue to engage the stakeholders, including the media and the Ghana Health Service (GHS), to make the scheme a household brand in the region to attract more clients.

Mr Lekamwe said the region had attained Universal Health Coverage (UHC) in terms of membership coverage, making it the second region in Ghana to attain that status.

Mr Lekamwe explained that the remaining 5,344 people in the region could not be registered due to the cut off some roads during the rainy season.

Presenting on the district performance, he indicated that the Jirapa District, which had oversight responsibility of the Lambussie District, enrolled 121,946 members as at the end of the year, Lawra District enrolled 83,805 members, Nadowli District 88, 380, and Nandom District 42,397 members.

He stated that out of the GH₵8 million revenue target for the NHIA in the region for the year under review, it was able to mobilise more than GH₵4.5 million representing 55 per cent of the target.

Other milestones chalked within the year, included successful rolled-out of e-claims to all Catholic Health Association of Ghana (CHAG) and the GHS facilities across the region, and the scale-up of its mobile renewal services across the region, which saw 249,287 people renewing their membership via that platform.

Mr Lekamwe explained that the authority also intensified its monitoring and evaluation as well as stakeholder engagement to further improve their services to NHIA clients.