February 1, 2022 Sports Comments Off on Ghana hockey players reject $28 per diem after AFCON 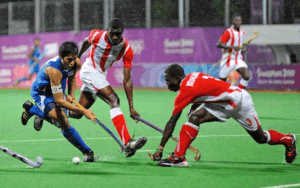 The technical handlers of the national male and female hockey team, Black Sticks, have rejected a $28 per diem from the Ghana Hockey Association (GHA).

Ghana hosted and participated in the Hockey Africa Cup of Nations (AFCON) from January 17 to January 23 and the female team won silver while the men failed to make it to the medal zone.

According to our sources who agreed to explain the issues on condition of anonymity, it was agreed that each player would be given an amount of $100 a day for 10 days making a total of $1,000 for the entire competition period.

However, in a meeting with the technical team and representatives of GHA led by its Secretary General, Mr Frederick Laryea, they presented an amount of $28 for each player instead of the $100 initially agreed.

This, according to our sources, this did not go down well with the technical team and therefore the money was rejected.

Meanwhile, players of the national hockey team were given a cash amount of GH¢900.00 prior to their departure from the Consir Executive Lodge where the team stayed during the tournament.

The said amount was tagged ‘training allowance’ and transportation for over a month camping at the Theodosia Okoh Hockey hostel before moving to the lodge.

The team is already owed their per diems and medal bonuses since 2019 after competing in the 12th African Games and winning medals for the country.

Rabat in Morocco hosted the 2019 edition of the Africa Games but because they did not have a hockey facility, the hockey event was held in South Africa making the hockey team being treated differently from the Team Ghana contingent that went to Rabat for the Games.

All athletes that participated in the competition had their per diems and medal bonuses paid except the hockey team.

Several promises and assurances have been given by the National Sports Authority (NSA) headed by Prof Peter Twumasi, but none of these promises have been fulfilled.