3,000 artisans and workers to relocate from Arts Centre

January 29, 2022 General News Comments Off on 3,000 artisans and workers to relocate from Arts Centre 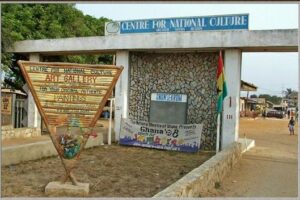 About 3000 artisans and workers at the Arts Centre are on the verge of losing their jobs as authorities of the Marine Drive Project have directed them to vacate the centre by January 30.

Mr Isaac Mensah, Chairman, Centres for National Culture Division of Public Services, at a press conference, said they had received a letter from the Secretariat of the Marine Drive project directing them to move out of the centre to the 4th floor of the Ghana House on the High Street.

“The letter is coming from the Secretariat of the Martine Drive Project, they are instructing us to move on 30th of January to the 4th floor of the Ghana House, which is at the High Street,” he said.

Vacation of the place would pave way for the construction of the project, leading to a pulldown of the Centre.

The relocation, he said, would “take the thousands of artisans and workers here out of job.”

The project which is a Public-Private Partnership is expected to transform the beachfront stretch from the Osu Christiansborg Castle to the Arts Centre into a vibrant business and commercial enclave.

It covers an area of more than 240 acres and is estimated to cost about $1.2 billion, transforming the city’s skyline, creating jobs, spurring tourism growth and boosting the national economy.

Speaking to the Ghana News Agency about their disagreement over their new place and subsequent pulldown of the Centre, Mr Mensah said they were never opposed to the construction of the project, rather, the Arts Centre should be incorporated into the project.

“We want to demonstrate good faith in inviting the Government and other stakeholders to find a very nice way of ensuring that the Centre is integrated into the Marine Drive Project whilst other centres are also maintained.”

He said the Centre was a major tourism enclave and had boosted tourism, creating economic value for people and country through marketing, exports and innovations though they admitted the place needed some facelift.

The chairman also said they were not going to “fall” alone, but it would eventually affect their ten regional centres, adding the Wa Regional Centre had already been taken away from the artisans.

Dr Zanetor Agyeman-Rawlings, Member of Parliament (MP), Korle Klottey Constituency, who was at the press conference, said the “Arts Centre is a heritage site” and must be protected as they intended to push for it to be recognised by United Nations Educational, Scientific and Cultural Organization (UNESCO).

“And we need not break everything down in the interest of what we are terming development,” she added.

She said instead of the Government undertaking measures to mitigate the effects of COVID-19, it was rather taking the artisans out of jobs, which meant their market access would reduce.

The MP said the Centre needed an upgrade and not destruction.

She said, in 2018, she wrote a letter to the Tourism Ministry requesting to know exactly in detail what the plans for the Arts Center were so they could have stakeholders’ engagements.

She called on the Government to reconsider the suggestions, saying there was nothing wrong with understanding that the original plan for the project was not the best anymore and engaging the operators on how to make it optimal is the best.