January 22, 2022 General News Comments Off on Interdiction of Chief Inspector of Mines too early – Mining Engineer 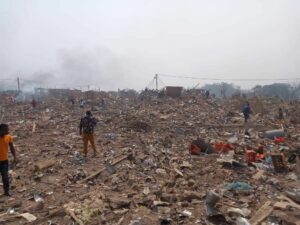 Dr Theophilus Dzimegah, a Mining Engineer, says the interdiction of the Chief Inspector of Mines, Mr Kofi Adjei, over the Apiate explosion “is too early and needless.”

He said it was important for the Officer to be at post to help in the preparation of a preliminary report based on, which a committee would be formed to conduct a full scale investigation into the accident.

His comment comes at back of the directive by the Minister of Lands and Natural Resources, Samuel Abu Jinapor, for the Minerals Commission to immediately interdict the Officer.

A statement issued by the Public Relations Unit of the Ministry on January 21, also directed the suspension of registration of Maxam Company Limited, to prevent them from the manufacture, transportation and supply of explosives for mining operations.

The Mining Engineer in a media discussion said: “Though somebody must carry the gun, interdicting the Chief Inspector of Mines will divert attention from what we have at the ground. He has a role to play at this moment [of investigations],” he added.

“We have not reached that stage where somebody must carry the gun immediately. The Mine inspectors in the Western Region have been carrying out their investigation, when that is done and they submit their preliminary report then a committee will be put together to look into the overall operation and incident then the Chief Inspector of Mines could be asked to step aside,” Mr Gyemegah said.

Dr Dzimegah was of the view that lack of due diligence on the part of regulators and the Company, as well as inadequate public awareness on transporting such explosives contributed to the accident and the number of death recorded.

“We don’t have the other means of transportation. The material being transported is so bulky and cannot be transported by air, and our rail network between where the mining communities are, is nonexistent.

“So, the only way we have at the moment of transporting this material is by road. So, we should take appropriate steps to make sure that the transportation is done properly, despite the challenges we’re facing at the moment,” he said.

A vehicle transporting 10 tonnes of ammonium nitrate from Tarkwa to Chirano Gold Mine allegedly collided with a motorcycle resulting in the explosion, killing dozens of people at Apiate in the Prestea Huni Valley Municipality.

Preliminary investigation has revealed that 13 persons were confirmed dead, 179 affected and 31 houses torched. 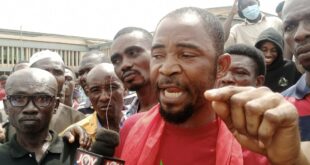