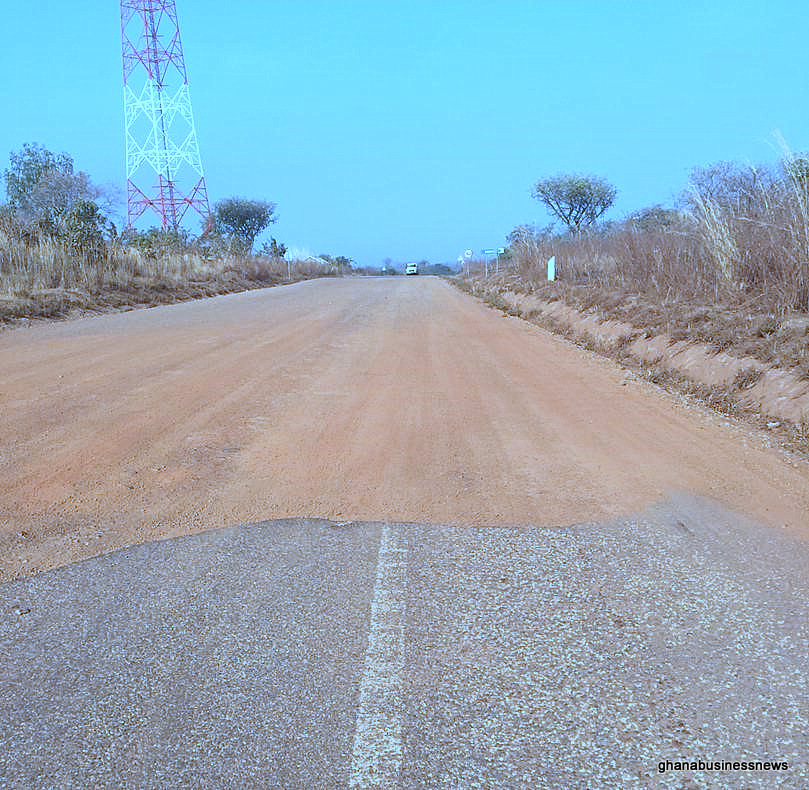 In 2010 Ghana applied for a loan from the African Development Bank (AfDB) to construct an important road. The 147.5km of road between Fufulso and Sawla was to include what was described as key socio-economic infrastructure – these include markets and CHPS compounds and estimated at $166 million.

Six years after the project was completed and inaugurated, Ghana Business News brings you images reflecting the current state of the road and related projects.

The project, which passes through towns like Busunu, Damongo and Larabanga also included the construction of 13km access roads spread accross Damongo, Larabanga and the Mole National Park. A 50m steel bridge was also built across the Mognori river.

According to the project general description, the upgrading of the road will specifically enhance regional integration and cooperation between Ghana and its Northern neighbours by facilitating cross border international traffic, especially towards Cote d’Ivoire, Burkina Faso, Mali and Niger.

“This is harnessed by the fact that it will link the Tema-Ouagadougou-Bamako corridor (UEMOA/Ghana Road Programme I financed by the AfDB) with Ghana’s Western Corridor (Elubo – Wa – Hamile road) which goes towards Bobo Dioulasso in Burkina Faso,” it added.

The following are the objectives of the project: The transport sector goal is to provide an integrated, viable and sustainable transport infrastructure to meet the goals of ECOWAS regional integration. The objective of the Project is to enhance accessibility along the Fufulso-Sawla road and improve the livelihoods in the project area of influence.

The beneficiaries of the project according to the project document, inhabit the road corridor’s immediate vicinity – an estimated population of 30,000; of whom 50.8 per cent are women.

“These will constitute among others, the direct beneficiaries of the project. Other beneficiaries are people from other parts of the Northern Region, traders and road transport operators and travelers from the Upper East and West Regions as well as Burkina Faso, Mali and Niger,” it said.

The project document indicates that the Feasibility Study and Detailed Engineering Design considered for the Fufulso-Sawla road took into account locally generated and diverted traffic that will result from the improvement in the road surface condition as suggested by the Origin-Destination (OD) surveys carried out.

It states further that the project road is in a rural setting and in terms of implementation, was sub-divided into two lots: Lot 1 (Fufulso-Larabanga, km 0+000 to 80+000) and Lot 2 (Larabanga-Sawla, km 80+000 to 147+500). The design comprised construction to Double Bituminous Surface Treatment (DBST) standard of a 7.3m two-way one lane single carriageway plus 2.5m shoulders on each side of the carriageway.

“The existing flooding problems, primarily due to inadequate or non-existent road drainage structures, was mitigated by the provision of roadside earth drains, lined drains and cross drainage structures (culverts). Even though there were no facilities regarding the development of ICT infrastructure and water service lines in the project area, provision was made in the project design for installation of protective/service ducts (transverse) for utility services at the settlement areas along the road,” the document said, indicating that this was to mitigate against future road cuttings for installation of services.

The project also sought to provide integrated solutions to rural development, through ancillary works including the construction/rehabilitation of key socioeconomic infrastructure, such as educational and health institutions, markets and lorry parks, water supply through construction of a water treatment plant, provision of boreholes, and rain water harvesting, women’s agro-processing centres, grain storage centres, tourism facilities, etc to address the challenges in the Project Area such as post-harvest losses, poor health and educational facilities.

Initiated in 2010, the project was expected to be completed in 2017, according to the project document available on the website of the AfDB.

The project was concluded and inaugurated in August 2015. But six years after the inauguration, portions of the road are damaged and riddled with potholes and doesn’t appear to have had any appreciable amount of maintenance. The markets, lorry parks and CHPS compounds look abandoned and deteriorating.

Photos by James Saaka
Copyright ©2022 by NewsBridge Africa
All rights reserved. This article or any portion thereof may not be reproduced or used in any manner whatsoever without the express written permission of the publisher except for the use of brief quotations in reviews.