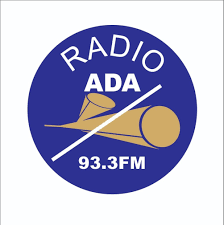 Radio Ada, a community-based media outlet in the Ada East District of the Greater Accra Region has petitioned the National Media Commission (NMC), National Communication Authority (NCA) over the vandalisation of its properties by some assailants.

Mr Noah Dameh, Radio Ada Deputy Station Coordinator told the Ghana News Agency in an interview that thugs, numbering about eight, one of whom was armed with a pistol, on Wednesday, January 13th entered the studio and forcefully destroyed the doors and invaded the on-air studio.

Mr Dameh said the gangs thereafter beat up a presenter, Mr Gabriel Adjawutor, and vandalised the on-air studio equipment – the console, microphones, and others.

He said the group also held two Radio Ada staff together with visitors at the station at the time of the incident hostage for several minutes.

He noted that a complaint has been lodged at the Big Ada Police Station and the Police had visited the Studio to take an inventory of the damaged equipment.

The Deputy Station Coordinator explained that the presenter who was beaten up has since been sent to the Ada East District Hospital for treatment and discharged.

Mr Dameh condemned the unorthodox means of seeking redress stressing that the law courts among others were available where anybody having any form of issue with a Media House or a citizen can go to.

He said using violent means does not resolve problems, “let engage and use the right means to address our problems in society,” and urged the entire Ada community to desist from activities that would threaten the peace of the area.

Mr Dameh noted that in view of the destruction of the properties, the station’s normal programmes would be temporally suspended, but would continue to broadcast news and play patriotic songs.

“Our listening community is assured that Radio Ada will thereafter continue to broadcast and that its commitment to inform and to give voice to the Dangme community, particularly those least voiced, remains unchanged,” he emphasized.

Poverty is a major cause of child labour – Security Analyst