Mr Okesu, a former Public Relations Officer for the National Health Insurance Scheme (NHIS) – Krachi East Office, has been accused of working for both the NHIS and NADMO at the same time from September 2020 to January 2021.

Mr Okesu did not resign from his position at NHIS before his engagement with NADMO from September 2020 to January 2021, and being accused of receiving salary from both the NHIS and NADMO during that period.

Mr Okesu was confirmed as MCE for Krachi East in October 2021.

In a response to the accusation in an interview with the Ghana News Agency, Mr Okesu confirmed that he was still working with the NHIS when he was appointed as a NADMO officer in September 2020.

He, however, said he did not receive “any salary” from NADMO throughout the duration of his appointment until he resigned in January 2021.

He said he had intended to work with NADMO on secondment from the NHIS, but had to resign four months after his appointment because the secondment process was unsuccessful.

When asked if he applied to be on secondment from NHIS and not a staff of NADMO, Mr Okesu said he did not indicate that in his application letter to NADMO.

“In November ending, NADMO called us to do our biometric registration so that they can process our documents for payment of our salaries. But because I couldn’t get my secondment through, that is why I resigned in January,” he said.

Checks by the GNA indicate that Mr Okesu applied for employment at NADMO on May 14, 2020, while he was still a staff of the NHIS.

In a letter dated August 20, 2020, NADMO offered Mr Okesu appointment as a Principal Disaster Control Officer in the Organisation, and was posted to the Oti Region.

Mr Okesu, in a letter dated September 1, 2020, and addressed to the Director General, NADMO, accepted the offer.

After four months, Mr Okesu, in a letter dated January 26, 2021, and addressed to the Director General, NADMO, tendered his resignation from the Organisation, taking effect from January 29, 2021.

In a response letter dated February 23, 2021, signed by Mr Benjamin Owusu-Afriyie, Director of Administration, NADMO, the Organisation accepted and granted his resignation.

NADMO, in a separate letter dated February 23, 2021, and addressed to the Controller and Accountant General, authorised the latter to delete Mr Okesu’s name from NADMO’s payroll “with immediate effect.”

Mr Okesu told the GNA that he did not receive any salary as staff of NADMO before and after his resignation.

He said after his appointment as MCE for Krachi East, he duly resigned from his position as an officer of the NHIS in October, 2021.

“Anyone who thinks I took any salary at NADMO should go and check the records. I am ready to subject myself to any investigation or interrogation,” he said. 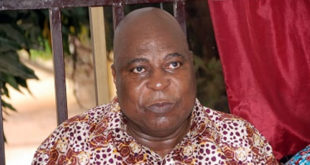